Current hotspots and institutions that have stood the test of time

Berlin, April 2016 Berlin has long held a pole position among Europe’s party hubs. The German capital offers a thousand and one scenarios for turning night into day, including a wonderfully diverse and sophisticated bar landscape. From old-school cocktail spots, concept bars and wine bars to brewpubs, hotel bars and hipster lounges – the next thirst parlor is usually within stumbling distance. Here’s a spirited crawl to essential newcomers and been-here-forever haunts.

The one-time purview of grey-haired gentlemen and the Queen Mother, gin has of late hit the hipster radar and become the spirit du jour. No surprise, then, that Berlin has not only spawned its own next-gen brands (Berliner Adler, Berliner Brandstifter) but also a slew of bars dedicated to the juniper-flavored drink.

The G&T Bar spearheaded the trend with the opening of its original Friedrichstrasse location in 2013, and it has stayed true to the gin-centric concept even after moving to new stylish digs at the Hotel Zoe in 2016. The classic Gin & Tonic reaches new levels of complexity here thanks to richly nuanced tea infusions, so-called G&T&Ts. An elegant black and gold color scheme sets the mood for a night of civilized sipping. www.amanogroup.de/en/eat-drink/g-t-bar

Liquor maestro Marcus Wolff has smoothly transitioned from the intimate Bar Marqués in Kreuzberg to the rebooted drinking den at the Hotel Palace Berlin in Charlottenburg. Called House of Gin, it features a drinks menu as thick and complex as a Dostoyevsky novel. Each of the 150 gin varieties from around the globe gets its own dedicated page, complete with picture and pedigree and paired with suggestions for the perfect complementary tonic. www.palace.de/en/house-of-gin.html

A somewhat less tony ambience reigns at Gin Chilla Bar in party-hearty Friedrichhain, which stocks an astounding selection of 200 international gins, including local stalwart Berliner Brandstifter and the famous Monkey 47 from the Black Forest. To help patrons find a favorite, the menu is divided by country and by style (fruity to floral, juniper-intense to juniper-light). www.gin-chilla-bar.de 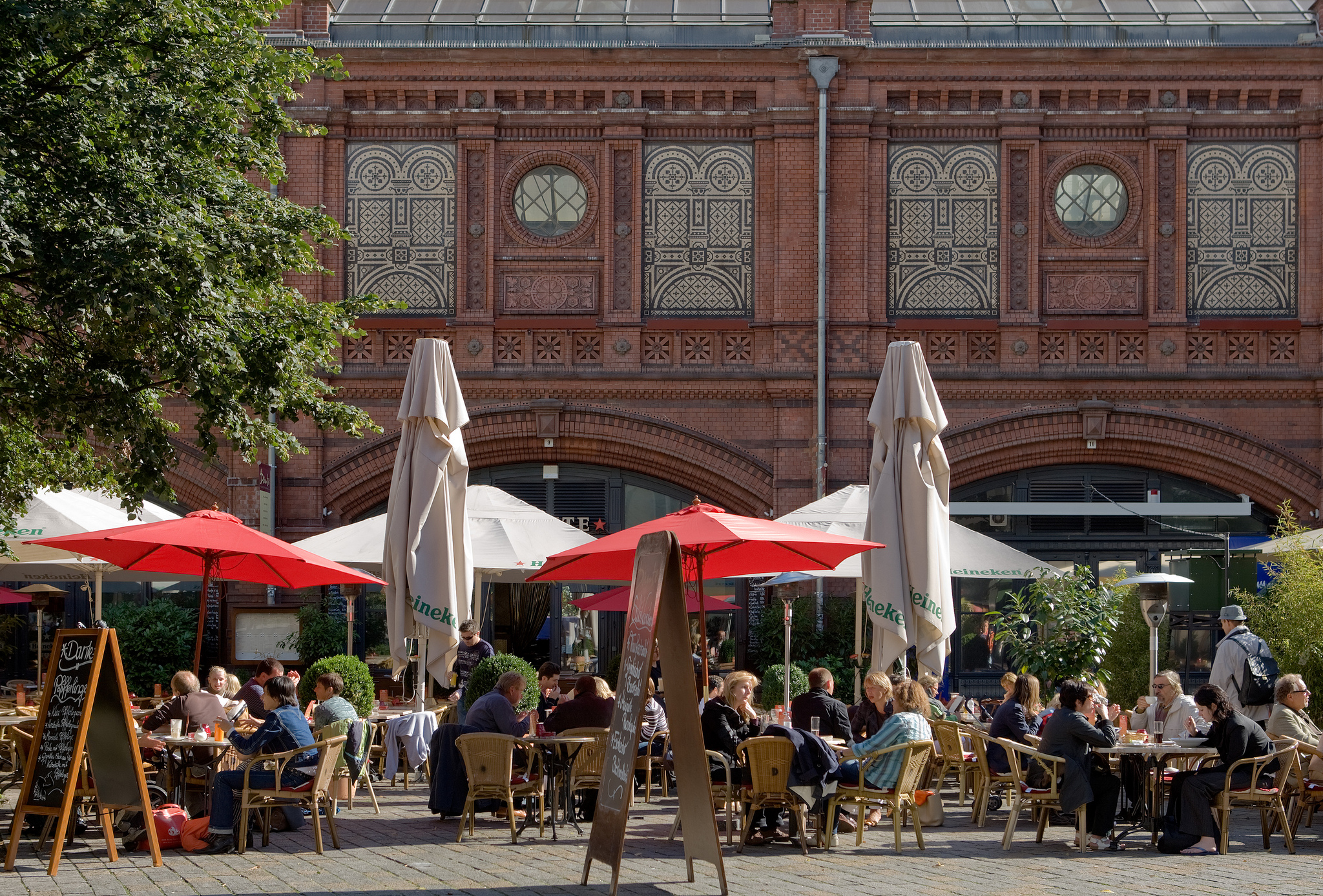 With plenty of construction reshaping the look of the CityWest around Zoo Station, it’s only natural that new bars have emerged to help toast the developments. Among them: Bar Zentral, an elegant drinking den tucked into a brick-vaulted S-Bahn arch. Even though palm trees decorate the walls, there’s not a cocktail umbrella in sight. Instead, the tunnel-shaped locale oozes grown-up sophistication, not in the least thanks to the contrast between a long, blonde-wood counter and a pitch-black, enclosed back bar. A duo of cocktail gurus of Schöneberg’s vaunted Green Door delivers the gamut of cocktail mainstays alongside adventurous new concoctions. www.barzentral.de

In the adjacent arch, another newcomer, The Hat Bar, regales barflys with bewitching concoctions and smooth jazz. The concept hails from St Petersburg but the vibe is more Golden Twenties New York. Later in the evening, the admission-free jam session gets the eclectic and international crowd nodding and toe-tapping until the wee hours. www.facebook.com/TheHatBerlin

The F37 Bar und Galerie opens a new chapter for the premises occupied by the legendary art bar Galerie Bremer from 1947 until 2006. Behind the gallery space awaits a dimly-lit salon anchored by a bar designed by Cold War-era starchitect Hans Scharoun. The focus is on classic drinks made with top-shelf spirits – just as famous former patrons like Joseph Beuys and Hildegard Knef liked it. www.f-37.bar

The CityWest is also a prolific stumbling ground for exquisite hotel bars. The Lang Bar at the Waldorf-Astoria Hotel oozes film-set glamour and specializes in classic Prohibition-era libations. At the art-deco Hotel am Steinplatz, cocktail whisperer Christian Gentemann doles out classic and creative drinks, often made with regional spirits and ingredients. Much talked about is the Monkey Bar at the 25 Hours Hotel Bikini Berlin with its ‘urban jungle’ flair, sprawling views over the city and the Berlin Zoo as well as potent tiki concoctions and gin-based cocktails. The boutique hotel Das Stue also has front row views of the zoo. Light installations and animal sculptures pave the way to the elegant bar where classic cocktails from the 1920s and ‘30s are given a contemporary makeover. www.waldorfastoriaberlin.com/Restaurants-Lounges/Lang-Bar, www.marriott.de/hotels/travel/berak-hotel-am-steinplatz-autograph-collection/, www.25hours-hotels.com/de/bikini/restaurant/monkey-bar.html, www.das-stue.com/en/restaurants-bar/stue-bar

Obvious care has been taken with the design at Apartment Bar on the 6th floor of the Hotel Amano Grand Central near the main train station. Heart of the action is the long bar, which perfectly showcases an expertly stocked selection of spirits that find their destiny in drinks that appeal to light drinkers as much as seasoned imbibers. The cushiony sofas in back are perfect both for groups or quiet tête-à-têtes. www.amanogroup.de/en/eat-drink/apartment-bar

Berlin’s most venerable hotel bar is the award-winning Curtain Club at the Ritz-Carlton Berlin, the realm of cocktail maven Arnd Heissen. Sitting in plush leather armchairs between a grand piano and a fireplace, patrons get to enjoy his original creations, each served in a distinctive vessel, be it a vase, a tin pot, a milk bottle or even a birdhouse. At his newest ‘baby’, the Bar Fragrances (also at the Ritz-Carlton), Heissen takes the concept one step further by mixing potable potions mimicking famous scents. His version of Giorgio Armani’s Oud Royal, for instance, is an exotic blend of saffron-infused rum, rose water, cardhu, frankincense syrup and oud. www.ritzcarlton.com/en/Properties/Berlin/Dining/TheCurtainClub, www.ritzcarlton.com/en/Properties/Berlin/Dining/Fragrances 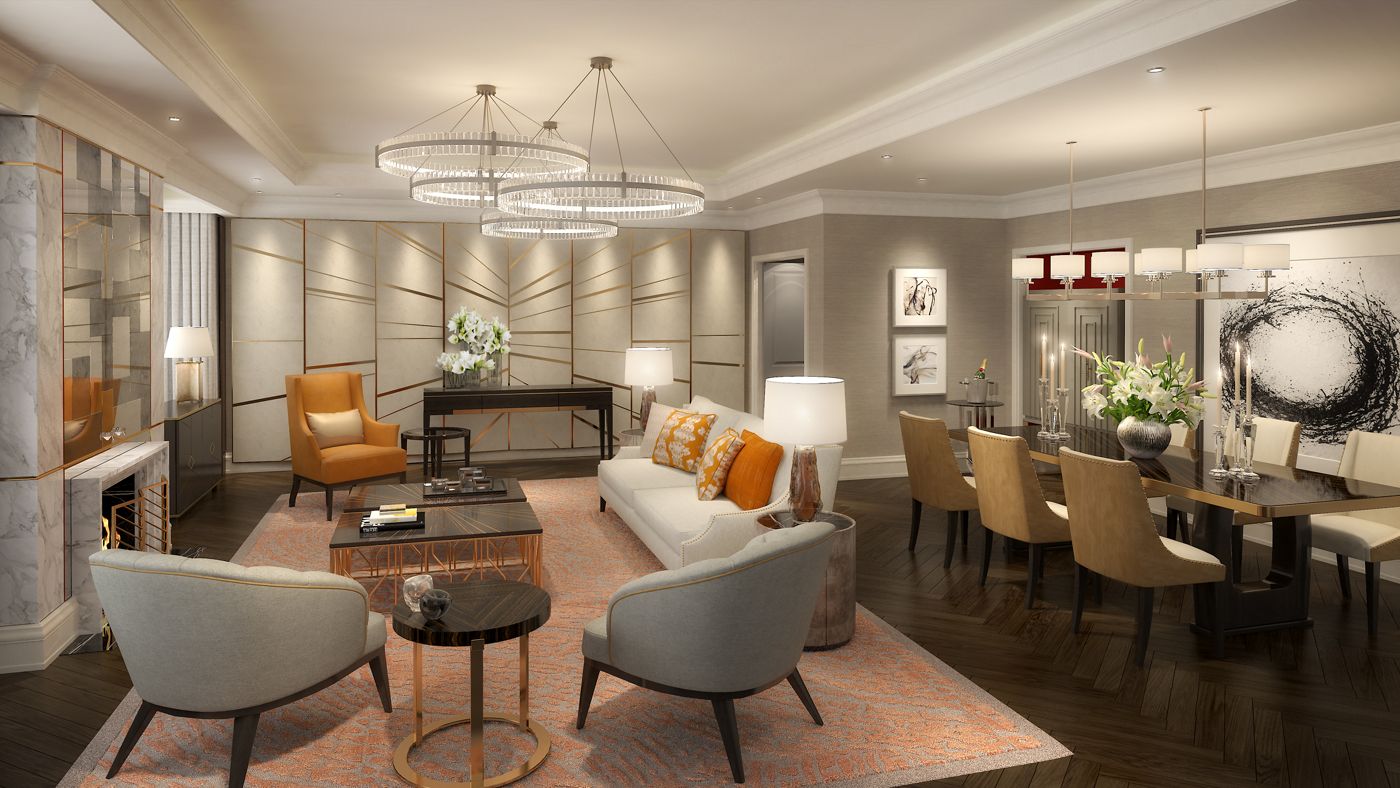 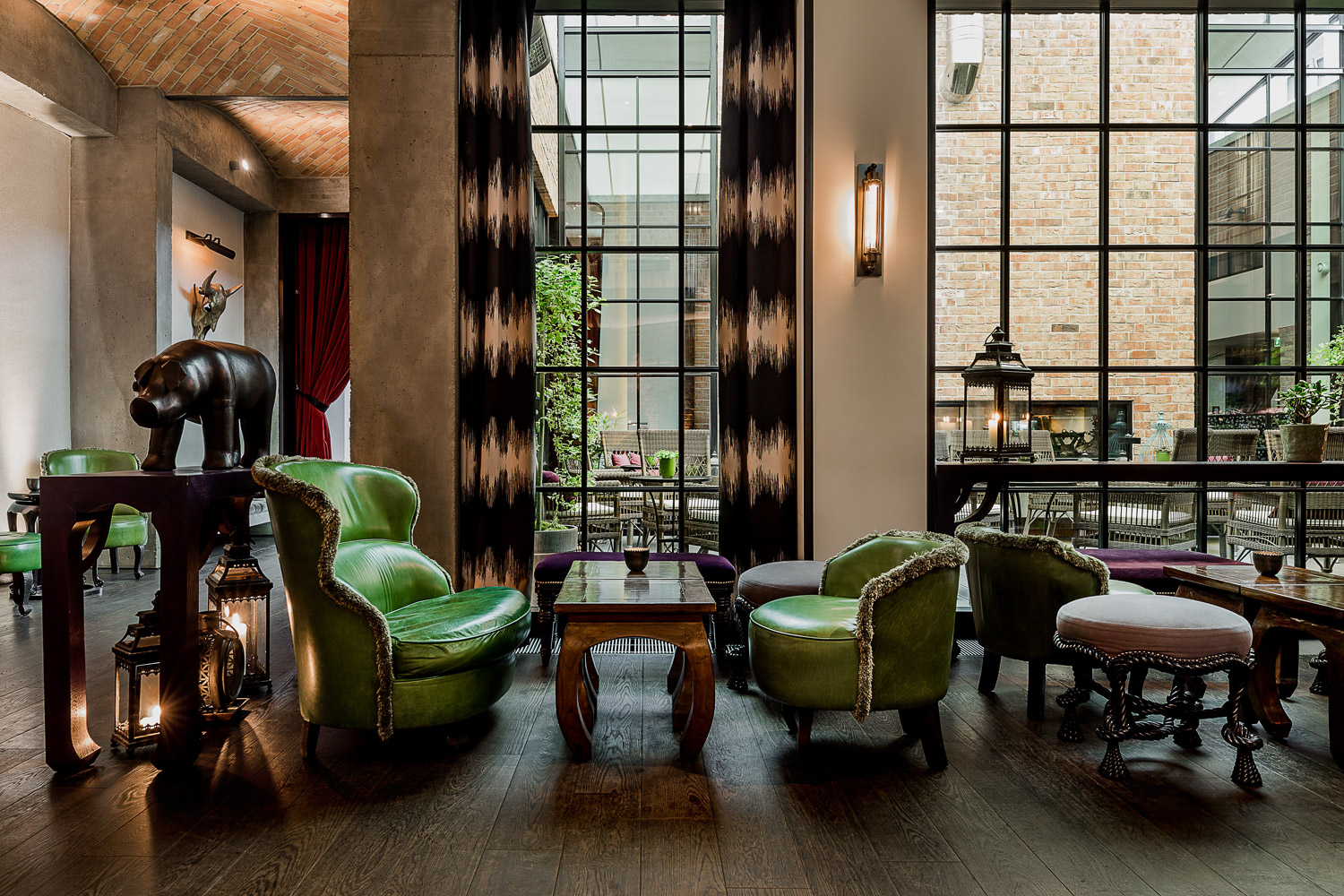 Dapper drinking has long been fashionable in Schöneberg, exemplified by the Green Door that has welcomed cocktail lovers since 1995. An old-school cool pattern of checks and waves decorates the walls of this linear bar presided over by top-flight publicans flaunting a 500-drink repertory. Though not a speakeasy, the name harkens back to the Prohibition era when green doors pointed to premises serving alcohol. www.greendoor.de

Victoria Bar has been an influential beacon of sophistication on gritty Potsdamer Strasse since being founded in 2001 by Stefan Weber, the first bar keep at the Green Door. ‘The Pleasure of Serious Drinking’ is the motto of this island of stylish drinking that teems with arty regulars. Insiders order the off-menu ‘Hilde’, created in memory of German singer-actress Hildegard Knef. www.victoriabar.de

Quentin Tarantino filmed scenes of Inglorious Basterds in Lebensstern, a Schöneberg flagship ensconced in the villa of silent movie star Henny Porten that served as an illegal casino in the 1920s. Pride of place goes to the dazzling selection of rare and noble spirits, including 800 types of rum and 200 kinds of gin. www.lebens-stern.de/en

Another a fixture on the neighborhood booze circuit is Stagger Lee, a cozy cocktail saloon complete with swinging door, brown Chesterfield sofas and burgundy-red walls. Aside from the ‘usual suspects’, the drinks menu features plenty of unconventional compositions such as the ‘Stagger Lee Beer Old Fashioned’, made with bourbon and beer sugar. Stagger Lee, by the way, was an infamous 19th-century murderer immortalized in song by the Grateful Dead, Nick Cave and many others. www.staggerlee.de 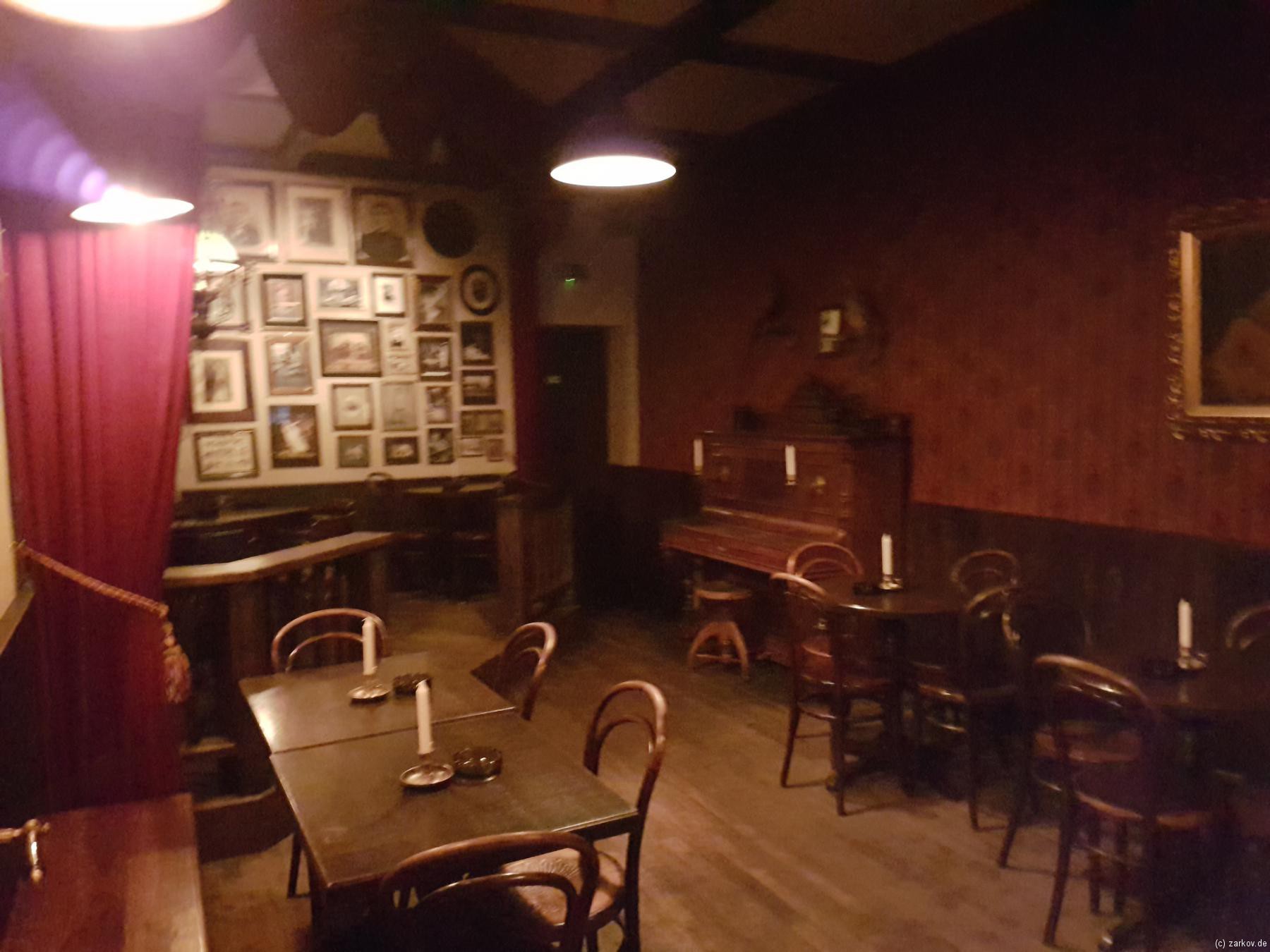