Carved stone heads coldly observe visitors to this ornate 1814 neo-Gothic building whose plasterwork, stained glass and carved oak gallery interior are as dramatic as its façade. Carved and stained glass coats of arms represent every Lord Lieutenant from St Hugh de Lacy in 1172 to FitzAlan in 1922. Fortunately for future architects, and perhaps with a nod to divine intervention, this final coat of arms occupies the last available space. Originally an Anglican church, the Chapel is now the Roman Catholic Church of the Most Holy Trinity – though it is not used for Masses or religious services. An alternative tour of Chapel Royal & Undercroft takes place when the State Apartments are not available due to State functions.

With its mock Gothic stone façade, the Coach House was built in 1833 to house the Viceroy’s coach and horses and is now a conference centre. The building overlooks the Dubh Linn Gardens. 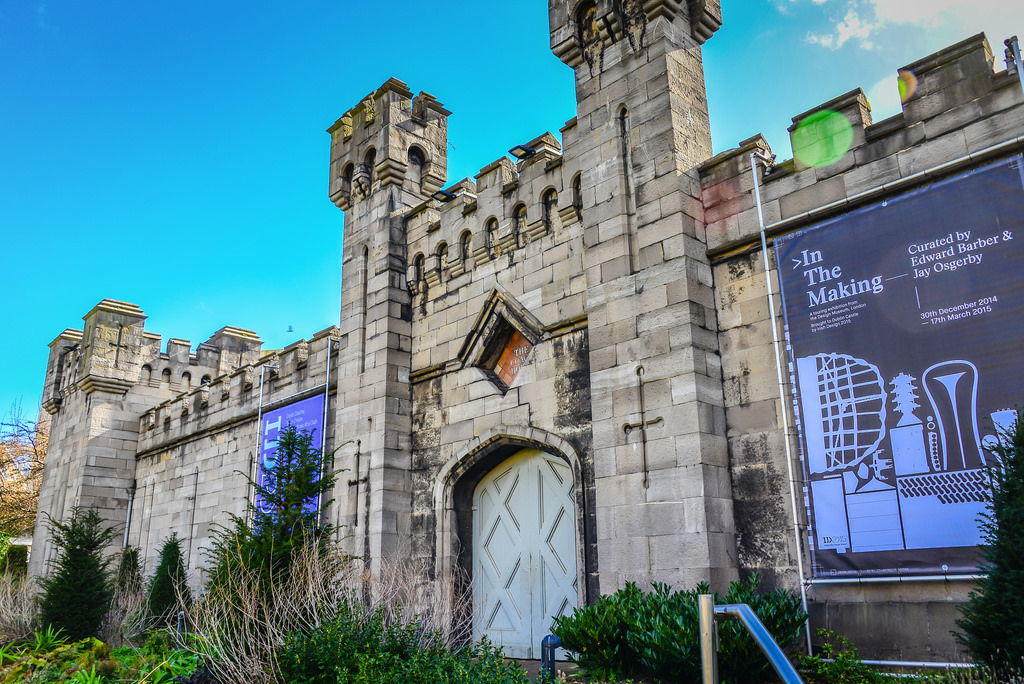 A dark sheltered pool used to occupy this area, and it is from this pool that Dublin takes its name… Dubh Linn meaning ‘black pool’. Within the grounds are dotted modern sculptures including a glass snake, 2003 Special Olympics memorial and a bust of murdered investigative journalist Veronica Guerin (played by Cate Blanchett in the eponymous film). Laze on the wooden benches or follow the central lawn’s path as it traces out a large Celtic design. And look out for visiting dignitaries who use this space as a rather fetching helipad. Beats a capital ‘H’. 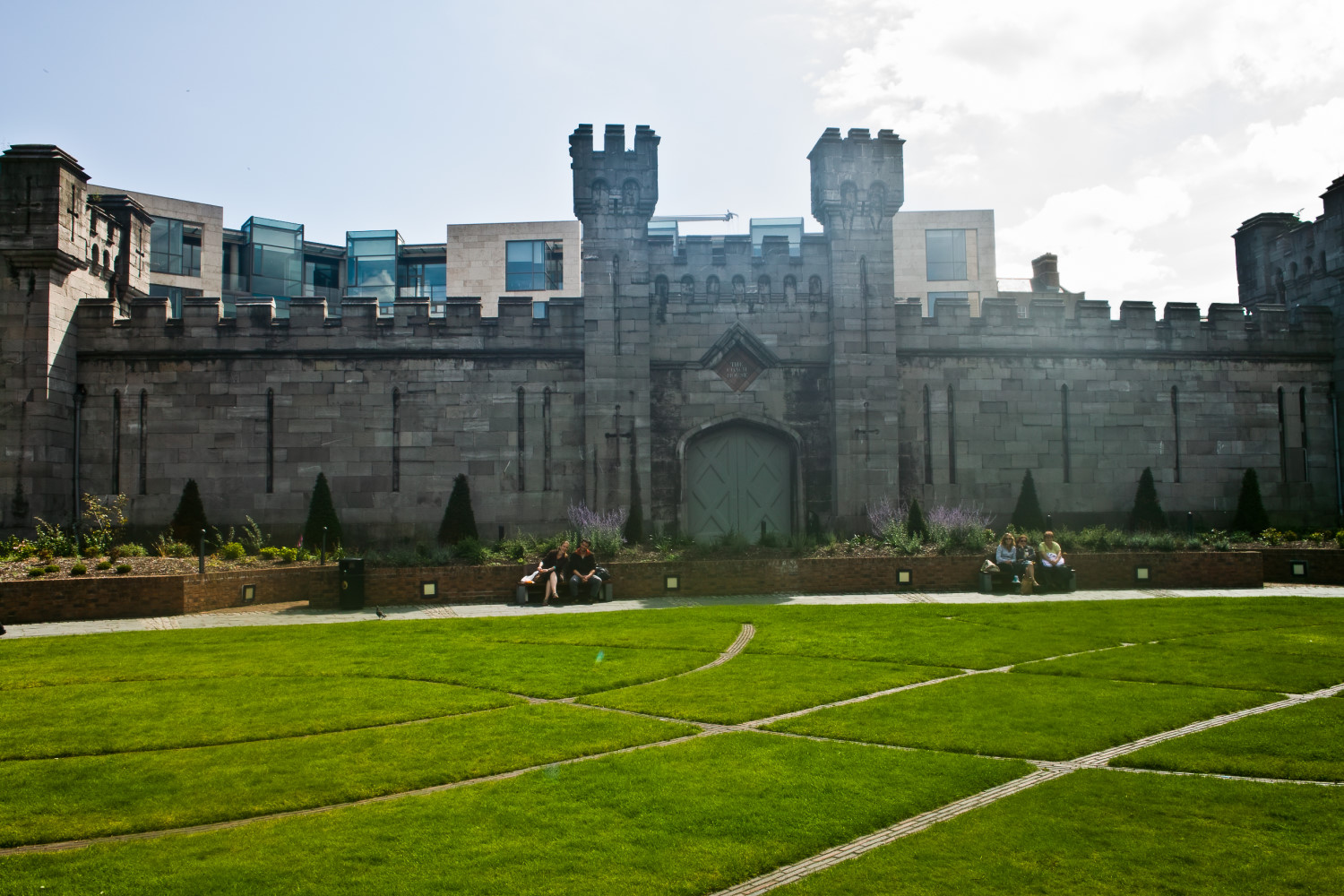 Wrapped up in this medieval stone fortification is the story of Dublin and its centuries of English colonial rule. As castles go, it’s not exactly an in-your-face affair, but step inside and you will be greeted by magnificent rooms, elegant courtyard exteriors and a stylishly landscaped garden. Before it became the castle you see today, it was once the site of a 930s Danish Viking Fortress, then a 12th Century Norman Fort.

The newer, stronger Dublin Castle was created by England’s King John and completed in 1230 as a city defence, Royal Treasury and administration of justice. The courtyard featured a central square, defensive walls and four round towers, only one of which – the Record Tower – survives to this day. The castle acted as the English, then British, seat of Government until 1922 when it was ceremonially handed over to the newly-formed Provisional Government and its leader Michael Collins. Coats of arms of royal chief representatives still adorn the Chapel Royal’s carved oak galleries and stained glass windows – harking back to a time when Anglo-Irish pomp and extravagance continued undiminshed, even through the Great Famine. Much of the medieval castle burnt down in the Great Fire of 1684, and the rebuilt structure attained a Georgian style. Many of the rooms you see today, including the magnificent State Apartments, hark back to this period. Today the Castle hosts many state visits, conferences and Presidential inaugurations. 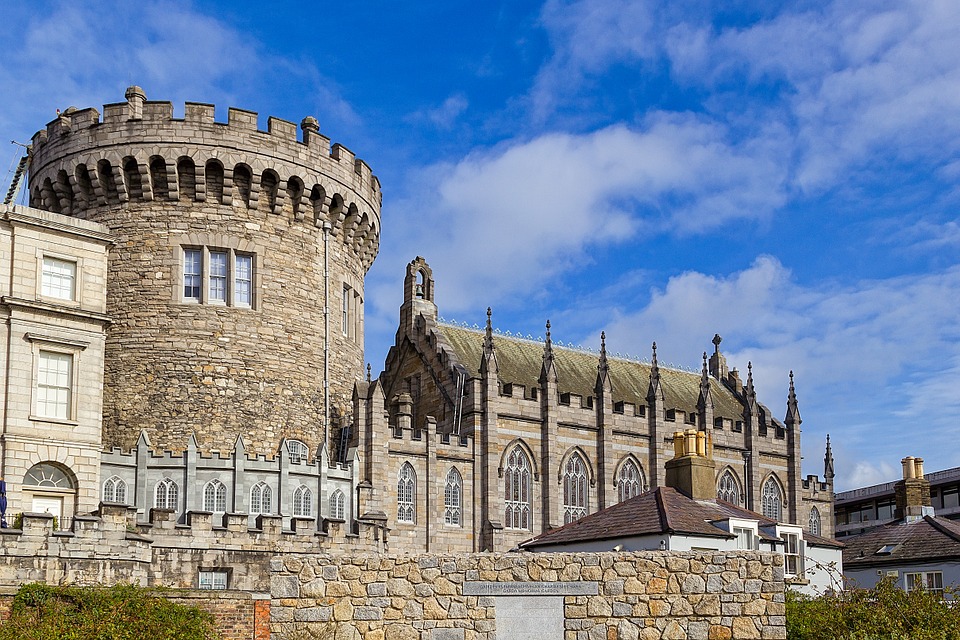