Suomenlinna, the ‘fortress of Finland’, is set on a cluster of islands connected by bridges. The UNESCO World Heritage site was originally built by the Swedes as Sveaborg in the mid-18th century. Several museums, former bunkers and fortress walls, as well as Finland’s only remaining WWII submarine, are fascinating to explore; its tourist office has info. Cafes and picnic spots are plentiful.

At the main quay, the pink Rantakasarmi (Jetty Barracks) building is one of the best-preserved of the Russian era. It holds a small exhibition and the helpful multilingual tourist information office, with downloadable content for your smartphone. Near here are the hostel, supermarket and distinctive church. Built by the Russians in 1854, it served as a Russian Orthodox place of worship until the 1920s when it became Lutheran. It’s the only church in the world to double as a lighthouse – the beacon was originally gaslight but is now electric and still in use.

From the main quay, a blue-signposted walking path connects the main attractions. By the bridge that connects Iso Mustasaari and the main island, Susisaari-Kustaanmiekka, is Suomenlinna-museo, a two-level museum covering the history of the fortress. It’s information-heavy, but the first part provides a good background. There’s also a helpful audiovisual display. There are guided walks from here (adult/child €10/4) in English three times daily from June to August, and 1.30pm Saturdays and Sundays the rest of the year.

The most atmospheric part of Suomenlinna is at the end of the blue trail, Kustaanmiekka. Exploring the old bunkers, crumbling fortress walls and cannons will give you an insight into this fortress, and there are plenty of grassy picnic spots. Monumental King’s Gate was built in 1753–54 as a two-storey fortress wall, which had a double drawbridge and a stairway added. In summer you can get a water bus back to Helsinki from here, saving you the walk back to the main quay.

Several other museums dot the islands. Perhaps the most interesting is Ehrensvärd-museo, once the home of Augustin Ehrensvärd, the man responsible for designing and running the fortress. An attractive 18th-century house, it holds numerous portraits, prints and models giving an insight into daily life on the island. Ehrensvärd’s elaborately martial tomb sits outside in the square, and opposite is Viaporin Telakka, a picturesque shipyard where sailmakers and other workers have been building ships since the 1750s. The dry dock holds up to two dozen boats; these days it’s used for the maintenance of wooden vessels.

Along the shore from here is another fish out of water. The Vesikko is the only WWII-era submarine remaining in Finland. It saw action against the Russians. It’s fascinating to climb inside and see how it all worked. Needless to say, there’s not much room to move.

Back on Iso Mustasaari is Sotamuseo Maneesi, which has a comprehensive overview of Finnish military hardware from bronze cannon to WWII artillery. Quite a contrast is the nearby Lelumuseo, a delightful private collection of hundreds of dolls and almost as many teddy bears. The cafe here serves delicious home-baked cakes under a line of samovars.

There are several other eating places, largely mediocre. The best for a beer or a bite is Suomenlinnan Panimo, by the main quay. It brews a clutch of excellent beers including a hefty porter and offers good food to accompany it. Taking a picnic is a great way to make the most of Suomenlinna’s grass, views and (hopefully) sunshine. At around 5.15pm it’s worth finding a spot to watch the enormous Baltic ferries pass through the narrow gap between islands. 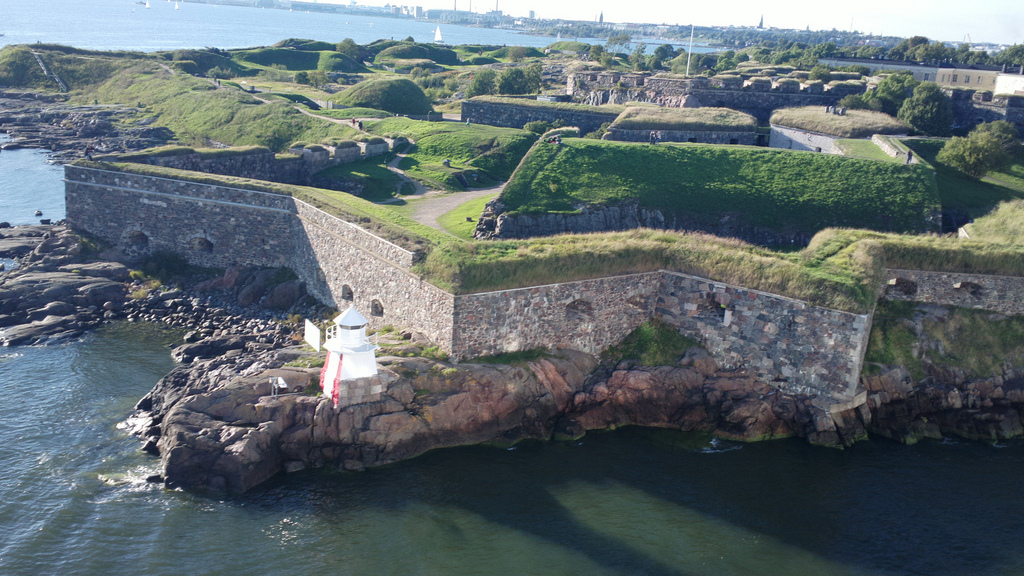 Hewn into solid stone, the Temppeliaukio church, designed by Timo and Tuomo Suomalainen in 1969, feels close to a Finnish ideal of spirituality in nature – you could be in a rocky glade were it not for the stunning 24m-diameter roof covered in 22km of copper stripping. Its acoustics are exceptional; regular concerts take place here. Opening times vary depending on events, so phone or search for its Facebook page updates. There are fewer groups midweek. 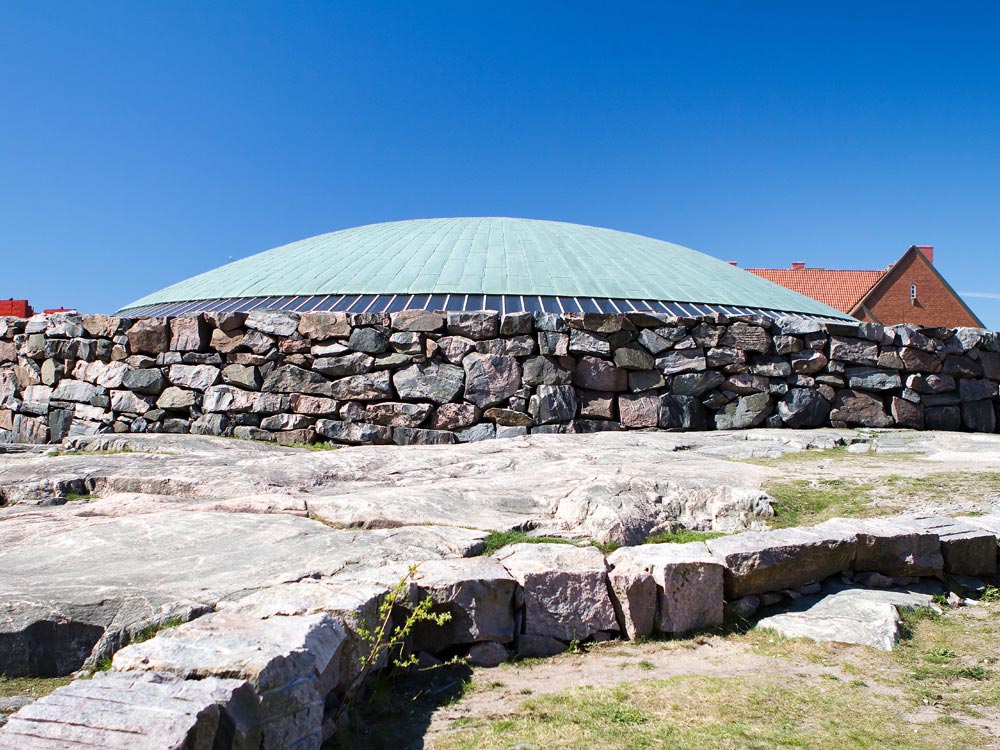 The heart of central Helsinki is the harbourside kauppatori (market square), where cruises and ferries leave for archipelago islands. It’s completely touristy these days, with reindeer souvenir stands having replaced most market stalls, but there are still some berries and flowers for sale, and adequate cheap food options. 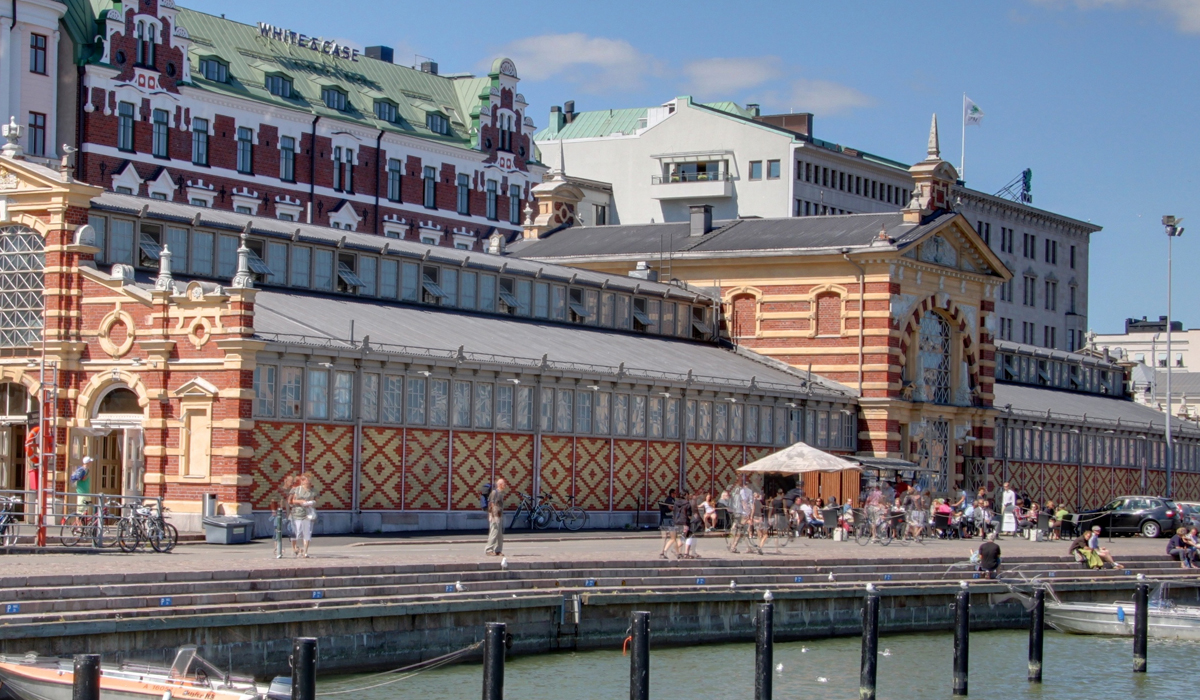