Housed in the last residence of Norwegian playwright Henrik Ibsen, the Ibsen Museum is a must-see for Ibsen fans. The study remains exactly as he left it, and other rooms have been restored to the style and colours popular in Ibsen’s day. Visitors can even glance into the bedroom where he uttered his famously enigmatic last words ‘Tvert imot!’ (‘To the contrary!’), before dying on 23 May 1906. 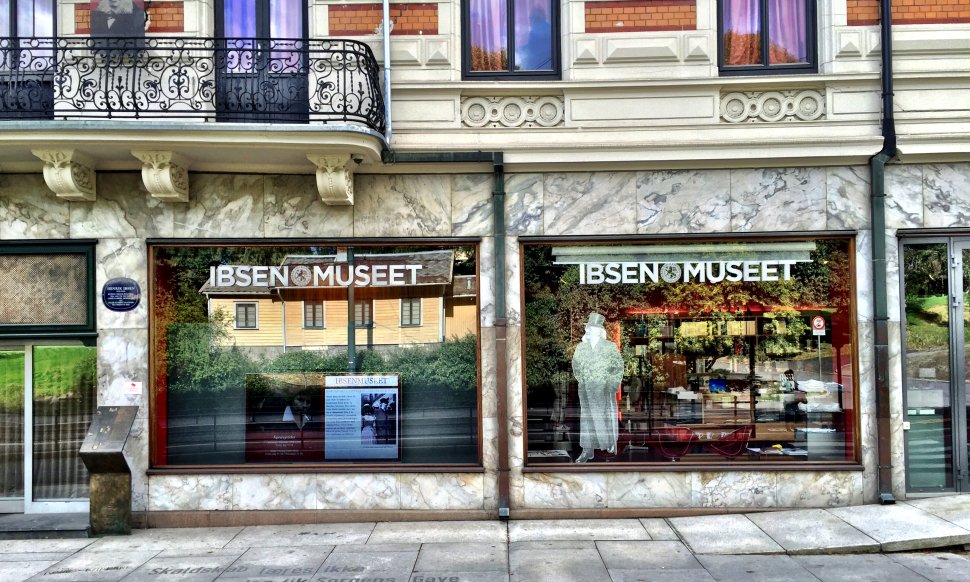 1100 years ago, Vikings dragged up two longships, Oseberg and Gokstad, from the shoreline and used them as the centrepiece for grand ceremonial burials, probably for an important chieftain or noble. Along with the ships, they buried many items for the afterlife: food, drink, jewellery, furniture, carriages, weapons, and even a few dogs and servants for companionship. Discovered in Oslofjord in the late 19th century, they’re beautifully preserved and offer an evocative insight into the vanished world of the Vikings.

The impressive 22m-long Oseberg, buried in 834, is festooned on prow and stern with elaborate dragon and serpent carvings. The burial chamber beneath it held the largest collection of Viking-Age artefacts ever uncovered in Scandinavia, but had been looted of its jewellery. As daunting as the ship appears, it was probably only ever intended as a royal pleasure craft. The sturdier 24m-long Gokstad, built around 890, is the finest remaining example of a Viking longship, but when it was unearthed its corresponding burial chamber had also been looted and few artefacts were uncovered. There is also a third boat, the Tune, but only a few boards and fragments remain.

In addition to the ships, there are displays of skeletons found alongside the boats.

Nature is often the best architect. Which is why, when well-known shipbuilder Colin Archer was asked to design a ship whose hull could withstand the crush of polar ice, he looked no further than an egg for inspiration – the oval design ensures that when ice is contracting against it, the boat is pushed up and onto the ice rather than being merely crushed by it. This museum is the final resting place of his creation, the Polarship Fram.

Launched in 1892, the Polarship Fram, at the time the strongest ship ever built, spent much of its life trapped in the polar ice. From 1893 to 1896 Fridtjof Nansen’s North Pole expedition took the 39m schooner to Russia’s New Siberian Islands, passing within a few degrees of the North Pole on their return trip to Norway.

In 1910 Roald Amundsen set sail in the Fram (meaning ‘forward’), intending to be the first explorer to reach the North Pole, only to discover en route that Robert Peary had beaten him to it. Not to be outdone, Amundsen turned the Fram around and, racing Robert Falcon Scott all the way, became the first man to reach the South Pole. Otto Sverdrup also sailed the schooner around southern Greenland to Canada’s Ellesmere Island between 1898 and 1902, travelling over 18,000km.

In addition to the Fram, the museum also houses the Gjøa, the first ship to successfully navigate the Northwest Passage.

You’re allowed to thoroughly explore the ship, peek inside the cramped bunk rooms and imagine life at sea. In addition, there are detailed exhibits complete with maps, pictures and artefacts, that bring the various expeditions to life, from Nansen’s attempt to ski across the North Pole to Amundsen’s discovery of the Northwest Passage and the fateful rescue attempt that ended in his disappearance. Other exhibitions look at life in the polar regions and the wildlife of the area; there’s even a polar simulator.

Norway’s largest open-air museum and one of Oslo’s premier attractions is this folk museum. The museum includes more than 140 buildings, mostly from the 17th and 18th centuries, gathered from around the country, rebuilt and organised according to region of origin. Paths wind past old barns, elevated stabbur (raised storehouses) and rough-timbered farmhouses with sod roofs sprouting wildflowers. Little people will be entertained by the numerous farm animals, horse and cart rides, and other activities (some of which cost extra).

The Gamlebyen (Old Town) section is a reproduction of an early-20th-century Norwegian town and includes a village shop and an old petrol station; everyday throughout the summer you can see demonstrations of weaving, pottery-making and other artisan and cultural activities. Another highlight is the restored stave church, built around 1200 in Gol and shifted to Bygdøy in 1885.

The exhibition hall located near the main entrance includes exhaustive displays on Norwegian folk art, historic toys, national costumes (including traditional clothing used for weddings, christenings and burials), domestic and farming tools and appliances, as well as visiting exhibits. However, the most interesting exhibition focuses on the life and culture of the Sami. It examines their former persecution and looks at how they have adapted to life in a modern Norway. Temporary exhibitions can be as varied as church art or 1950s pop culture. Sunday is a good day to visit, as this day tends to have the most activities.

As most of the exhibits are outdoors, it makes sense to go on a nice day!