The National Gallery’s collection of ‘Art of the 19th, 20th and 21st Centuries’ is spread over four floors and is a strong contender for Prague’s best museum. It has an unexpectedly rich collection of world masters, including works from Van Gogh, Picasso, Schiele, Klimt and on and on, but the holdings of Czech interwar abstract, surrealist and cubist art are worth the trip alone. 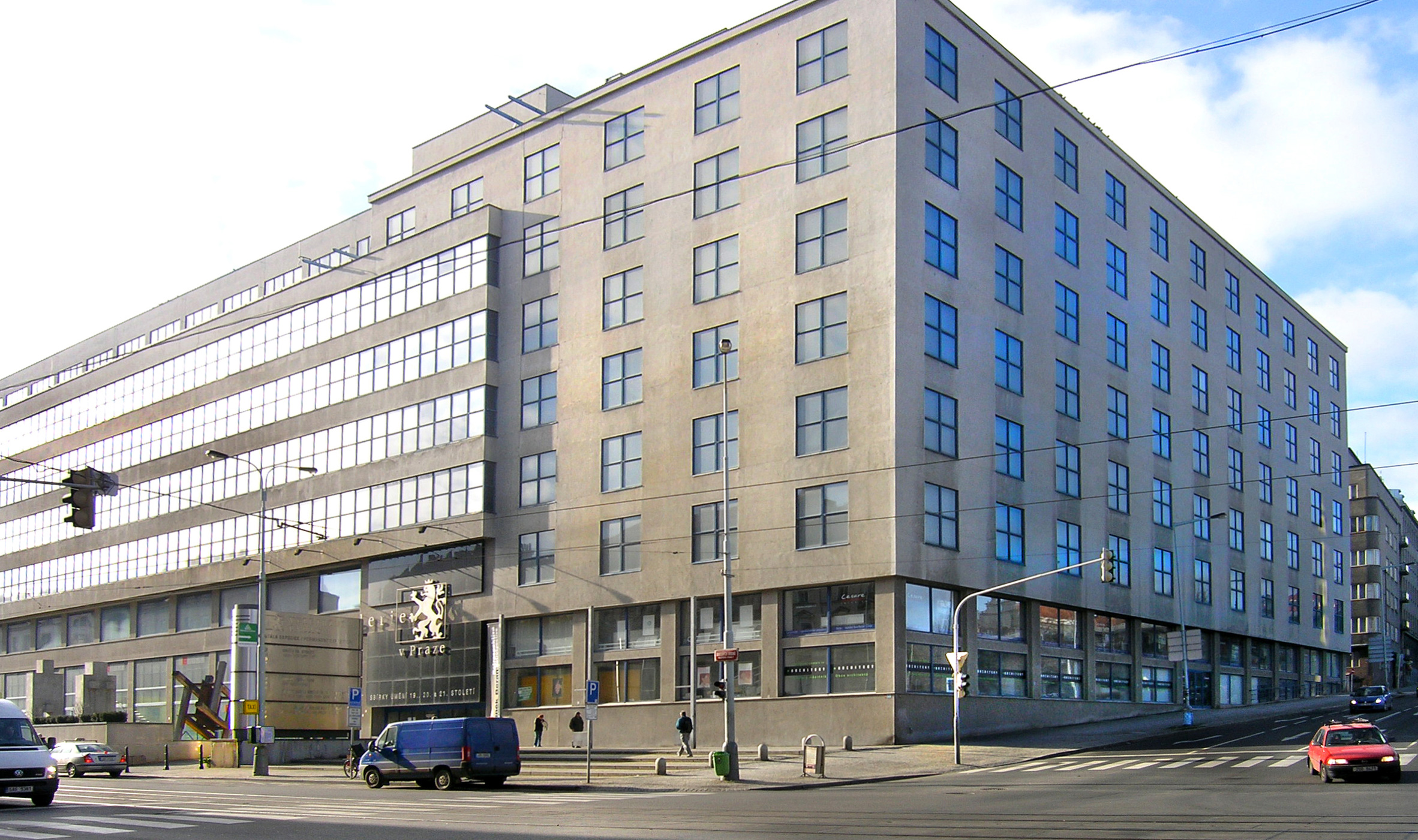 There is also the Old-New Synagogue, which is still used for religious services, and requires a separate ticket or additional fee.

In one of the most grotesquely ironic acts of WWII, the Nazis took over the management of the Prague Jewish Museum – first established in 1906 to preserve artefacts from synagogues that were demolished during the slum clearances in Josefov around the turn of the 20th century – with the intention of creating a ‘museum of an extinct race’. They shipped in materials and objects from destroyed Jewish communities throughout Bohemia and Moravia, helping to amass what is probably the world’s biggest collection of sacred Jewish artefacts and a moving memorial to seven centuries of oppression.

Completed around 1270, the Old-New Synagogue is Europe’s oldest working synagogue and one of Prague’s earliest Gothic buildings. You step down into it because it predates the raising of Staré Město’s street level in medieval times to guard against floods.

Men must cover their heads (a hat or bandanna will do; paper yarmulkes are handed out at the entrance). Around the central chamber are an entry hall, a winter prayer hall and the room from which women watch the men-only services.

The interior, with a pulpit surrounded by a 15th-century wrought-iron grill, looks much as it would have 500 years ago.

The 17th-century scriptures on the walls were recovered from beneath a later ‘restoration’. On the eastern wall is the Holy Ark that holds the Torah scrolls. In a glass case at the rear, little light bulbs beside the names of the prominent deceased are lit on their death days.

With its steep roof and Gothic gables, this looks like a place with secrets, and at least one version of the Golem legend ends here. Left alone on the Sabbath, the creature runs amok; Rabbi Loew rushes out in the middle of a service, removes its magic talisman and carries the lifeless body into the synagogue’s attic, where some insist it still lies.

Across the narrow street is the elegant 16th-century High Synagogue (Vysoká synagóga), so-called because its prayer hall (closed to the public) is upstairs. Around the corner is the Jewish Town Hall (Židovská radnice), also closed to the public, built by Mordechai Maisel in 1586 and given its rococo facade in the 18th century. It has a clock tower with one Hebrew face where the hands, like the Hebrew script, run ‘backwards’.

The handsome Pinkas Synagogue was built in 1535 and used for worship until 1941. After WWII it was converted into a memorial, with wall after wall inscribed with the names, birth dates, and dates of disappearance of the 77,297 Czech victims of the Nazis. It also has a collection of paintings and drawings by children held in the Terezín concentration camp during WWII.

The Pinkas Synagogue contains the entrance to the Old Jewish Cemetery, Europe’s oldest surviving Jewish graveyard. Founded in the early 15th century, it has a palpable atmosphere of mourning even after two centuries of disuse (it was closed in 1787); however, remember that this is one of Prague’s most popular sights, so if you’re hoping to have a moment of quiet contemplation you’ll probably be disappointed. Around 12,000 crumbling stones (some brought from other, long-gone cemeteries) are heaped together, but beneath them are perhaps 100,000 graves, piled in layers because of the lack of space.

The most prominent graves, marked by pairs of marble tablets with a ‘roof’ between them, are near the main gate; they include those of Mordechai Maisel and Rabbi Loew. The oldest stone (now replaced by a replica) is that of Avigdor Karo, a chief rabbi and court poet to Wenceslas IV, who died in 1439. Most stones bear the name of the deceased and his or her father, the date of death (and sometimes of burial), and poetic texts. Elaborate markers from the 17th and 18th centuries are carved with bas-reliefs, some of them indicating the deceased’s occupation – look out for a pair of hands marking the grave of a pianist.

Since the cemetery was closed, Jewish burials have taken place at the Jewish Cemetery in Žižkov. There are remnants of another old Jewish burial ground at the foot of the TV Tower in Žižkov.

You exit the cemetery through a gate between the Klaus Synagogue (Klausová Synagóga) and the Ceremonial Hall (Obřadní síň), both of which house exhibitions on Jewish forms of worship, family ceremonies and traditions such as birth, circumcision, bar mitzvah and marriage.
A block to the southeast lies the neo-Gothic Maisel Synagogue, which replaced a Renaissance original built by Mordechai Maisel, mayor of the Jewish community, in 1592. It houses an exhibit on the history of the Jews in Bohemia and Moravia from the 10th to the 18th centuries, with displays of ceremonial silver, textiles, prints and books.

Finally, about two blocks east of the Maisel is the Spanish Synagogue. Named after its striking Moorish interior and dating from 1868, its exhibit continues the story of the Jews in the Czech Republic from emancipation to the present day. 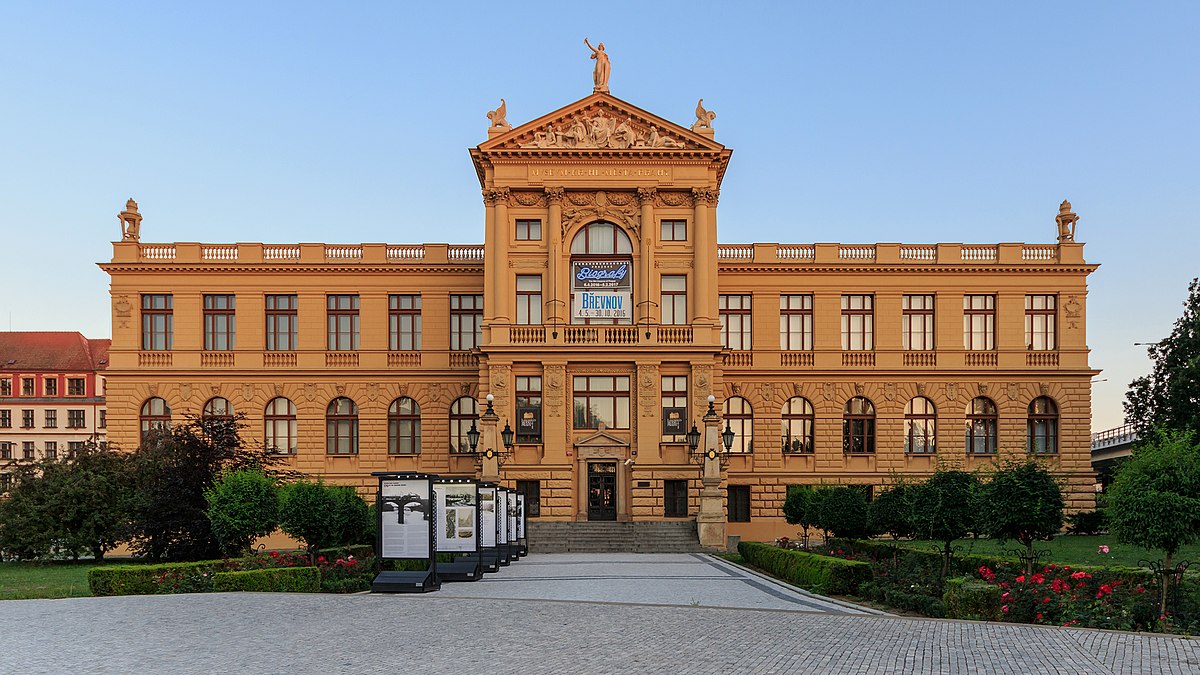 While this monument’s massive functionalist structure has all the elegance of a nuclear power station, the interior is a spectacular extravaganza of polished art-deco marble, gilt and mosaics, and is home to a fascinating museum of 20th-century Czechoslovak history.

Although, strictly speaking, not a legacy of the communist era – it was completed in the 1930s – the huge monument atop Žižkov Hill is, in the minds of most Praguers over a certain age, inextricably linked with the Communist Party of Czechoslovakia, and in particular with Klement Gottwald, the country’s first ‘worker-president’.

The monument’s central hall – home to a dozen marble sarcophagi that once bore the remains of communist luminaries – houses a moving war memorial with sculptures by Jan Sturša. There are exhibits recording the founding of the Czechoslovak Republic in 1918, WWII, the 1948 coup, the Soviet invasion of 1968 – poignant newsreel footage and a handful of personal possessions record the tragic story of Jan Palach, who set himself on fire to protest the Soviet invasion – and the Velvet Revolution of 1989.

Upstairs you can visit the Ceremonial Hall and the Presidential Lounge

But the most grimly fascinating part of the museum is the Frankenstein-like laboratory beneath the Liberation Hall, where scientists once battled to prevent Gottwald’s corpse from decomposing. On display in a glass-walled sarcophagus by day, his body was lowered into this white-tiled crypt every night for another frantic round of maintenance and repair. In the corner is the refrigerated chamber where Gottwald spent his nights (now occupied by the shattered remains of his sarcophagus), and in the adjoining room is a phalanx of 1950s control panels, switches and instruments that once monitored the great leader’s temperature and humidity. 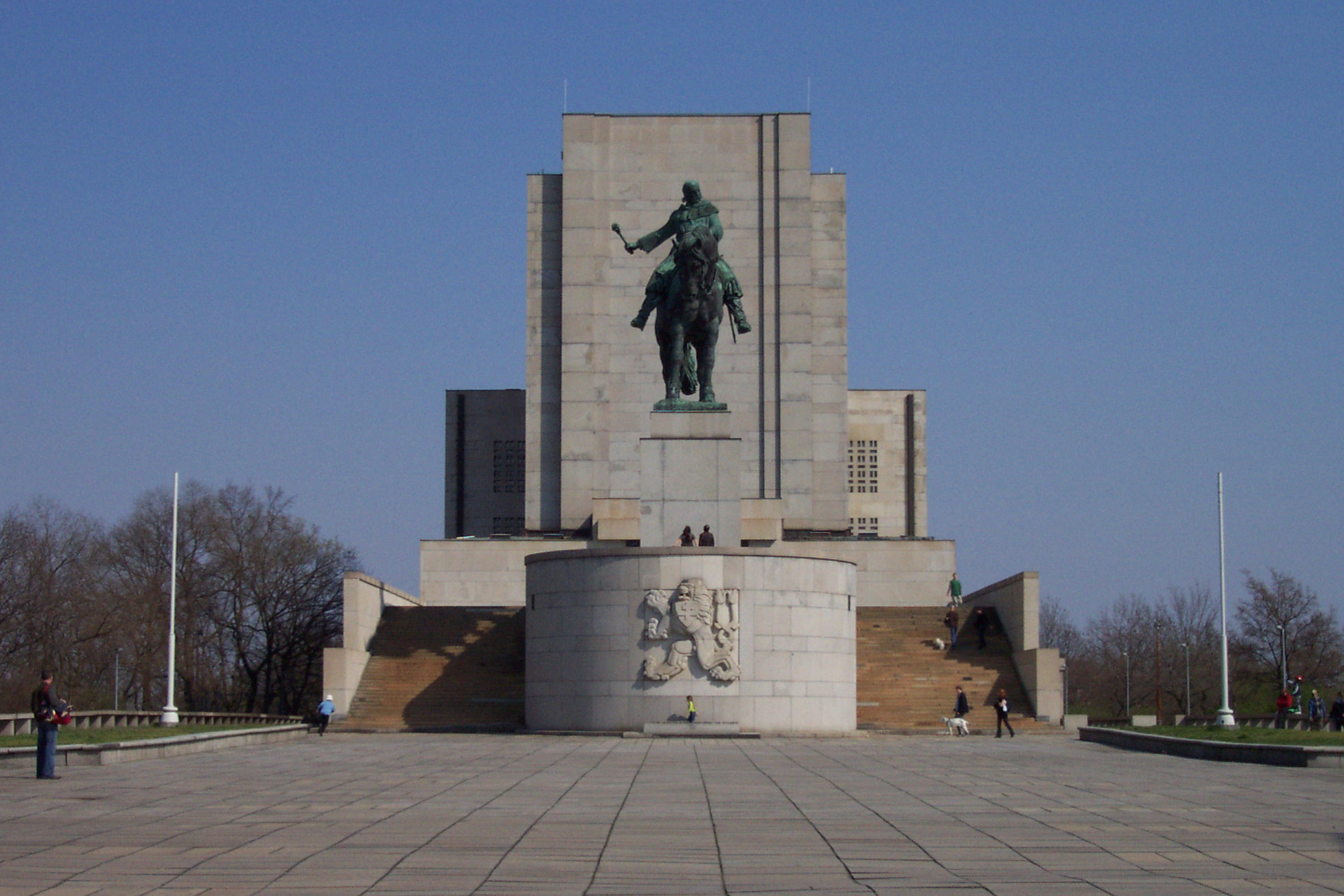 This excellent museum, opened in 1898, is devoted to the history of Prague from prehistoric times to the 20th century (labels are in English as well as Czech). Among the many intriguing exhibits are an astonishing scale model of Prague, and the Astronomical Clock’s original 1866 calendar wheel with Josef Mánes’s beautiful painted panels representing the months – that’s January at the top, toasting his toes by the fire, and August near the bottom, sickle in hand, harvesting the corn.

The medieval and renaissance galleries display lots of fascinating household artefacts, including a reliquary made of carved bone, plus more valuable items such as a 16th-century bronze figure of Hercules which was perhaps created for the Wallenstein Palace (it was found in a private house in the Old Town in 1905).

But what everybody comes to see is Antonín Langweil’s 1:480 scale model of Prague as it looked between 1826 and 1834. The display is most rewarding after you get to know Prague a bit, as you can spot the changes – look at St Vitus Cathedral, for example, still only half-finished. The model has been digitised, and you can view a six-minute ‘fly-through’ of Langweil’s Prague in a cinema in the museum basement (screenings every half-hour; admission 30Kč). 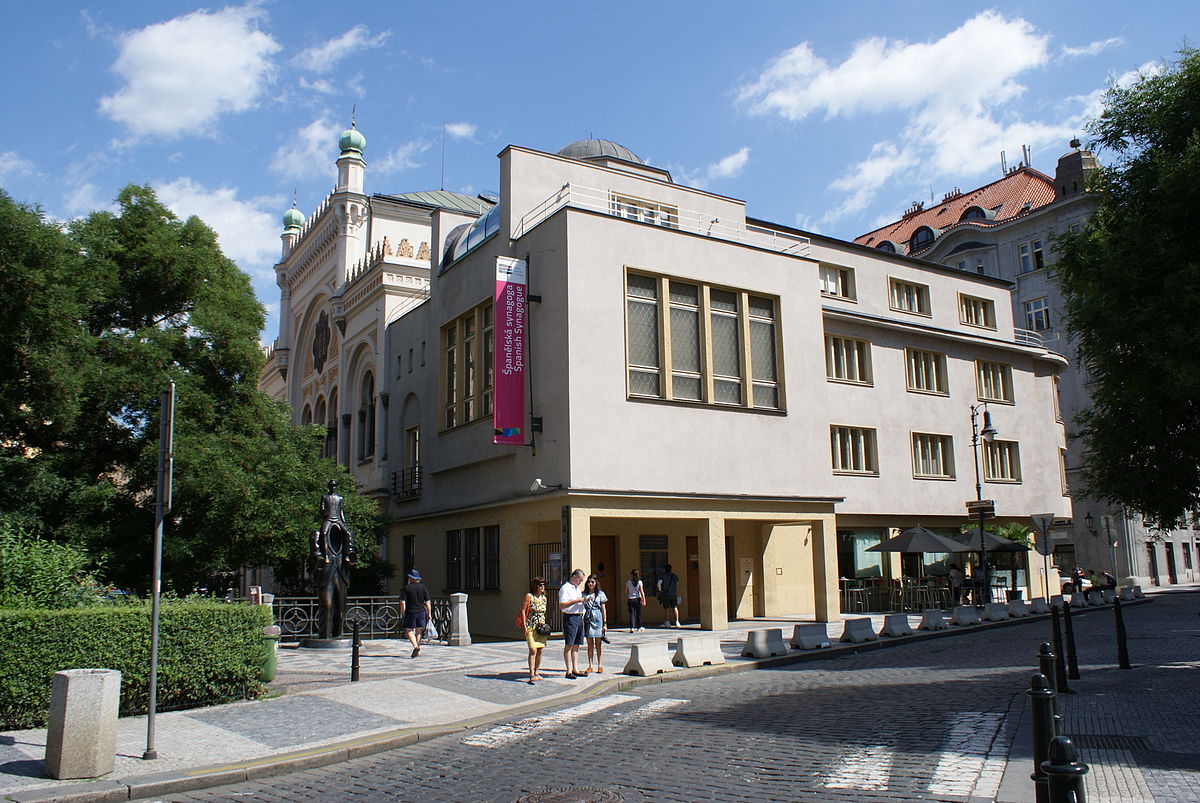