Indulge in the extravagant world of Monaco where decadence and luxury are a way of life. Despite its small size, Monaco packs an enormous amount of glitz. Monte Carlo is the district with the most glamorous atmosphere, in a setting of stunning natural beauty. Monte-Carlo stands on a rocky promontory to the north of the Port of Monaco.

There are breathtaking seaside views from the gorgeous terrace of Place du Casino. As Monaco’s wealthiest district, Monte-Carlo attracts the rich and famous. Ferraris and “beautiful people” fit right into this neighborhood. For tourists, Monte-Carlo is a great place for people-watching or to enjoy fine dining. Gourmands can choose from three Michelin-starred restaurants as well as other excellent options. Monte-Carlo is intersected by two elegant boulevards, the Boulevard Princesse Charlotte in the west and the Boulevard des Moulins at its southwestern end.

There are many fashionable shopping streets, such as the Avenue de la Costa with its luxury boutiques. The Opera House is also in this district. 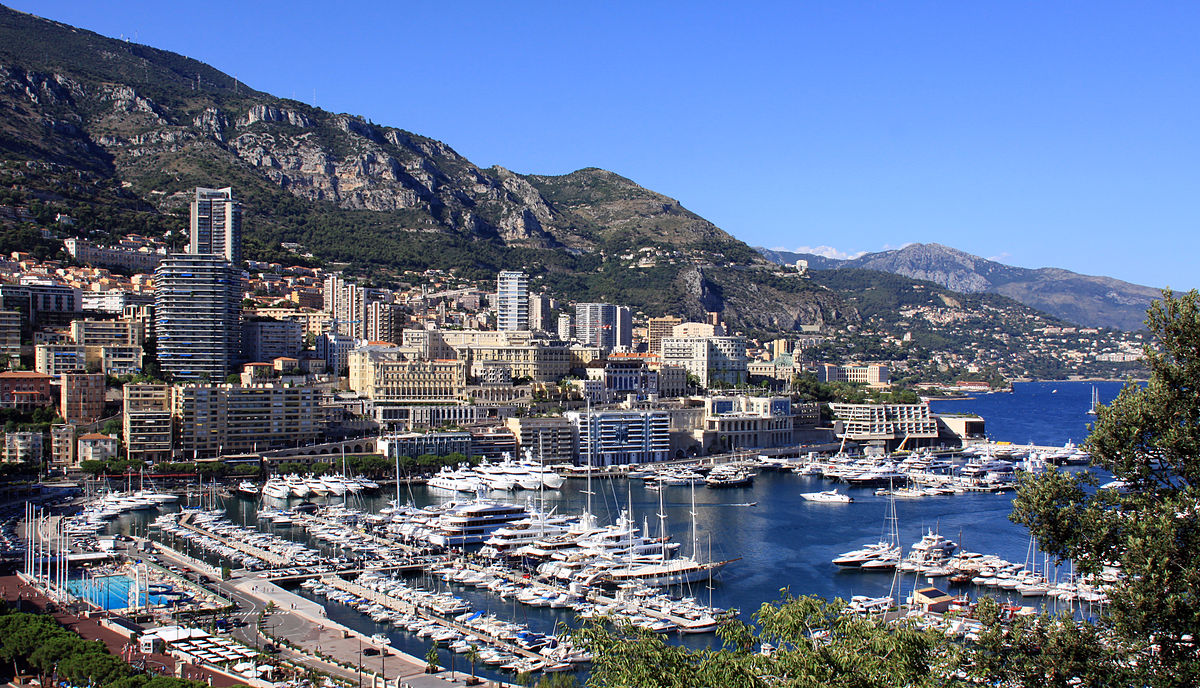 In a unique position high above the sea on the picturesque peninsula of Le Rocher, the Palais du Prince is home to the oldest monarchy in the world. The Genoese noble family of Grimaldi established Monaco in 1297 after they captured the land from the Republic of Genoa. Originally built in the 13th century as a Genoese fortress, the site affords panoramic views, which provided defensive purposes in the Middle Ages. The fortress was renovated throughout the centuries and transformed into a luxurious Louis-XIV-style palace.

The State Apartments of the Palais du Prince are open to the public when the Prince and his family are away (when the flag on the tower is not raised). Visitors can see the sumptuous Italianate gallery adorned with 15th-century frescoes, the gilded “Blue Room” featuring a glorious decor of blue and gold, the wood-paneled Mazarin Room, and the Empire-style Throne Room, which has an impressive Renaissance fireplace. Be sure to admire the 17th-century Palatine Chapel and the Main Courtyard with its monumental 17th-century Carrara marble double staircase.

During summer, concerts are held in the Main Courtyard. The ancient tradition of Changing of the Guard takes place every day at 11.55am in front of the Palace. 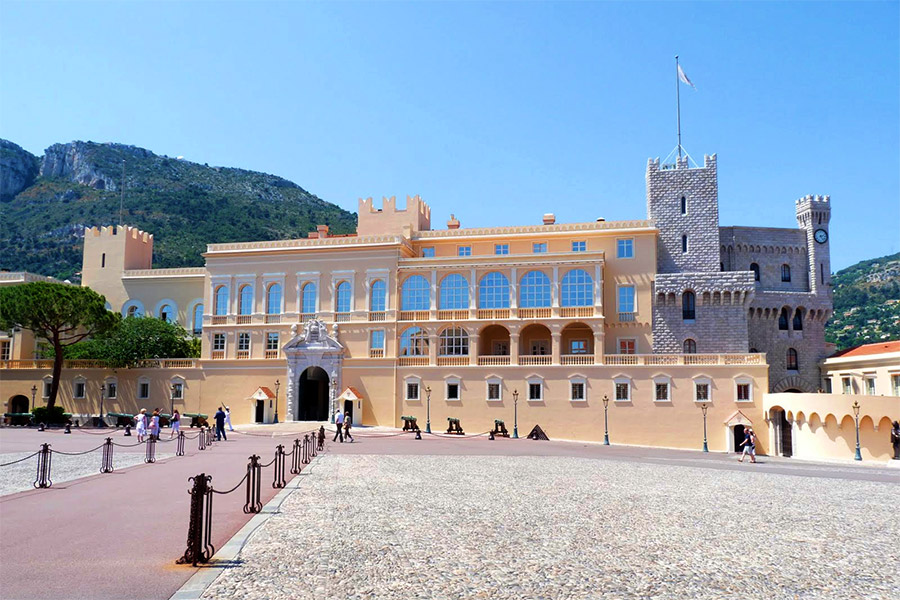 Delight the senses with a visit to Monaco’s Jardin Exotique. The garden lies in the Fontvieille area (the more modern section) of Monaco outside of the historic center. Perched on a steep cliff overlooking the Mediterranean, the Exotic Garden is an exquisitely beautiful place with lush vegetation and mesmerizing views of the sea.

Because of the balmy weather and little variation in conditions on this hillside, tropical plants are able to thrive. Opened in 1933, the gardens contain remarkable species from Africa and Latin America-from the aloe plants of Cape Town to the giant agaves of Mexico. More than 7,000 varieties of succulents flourish in this ideal climate. The gardens are carefully tended and extend dramatically along the craggy mountainside.

The Exotic Garden also has an Observatory Cave filled with stalactites and stalagmites. The vicinity of the cave was once inhabited by prehistoric man. To learn more about the prehistoric era and the history of early civilization, visit the Anthropology Museum in the gardens. This museum includes a collection of coins and ornamental objects from the pre-Roman and Roman periods. 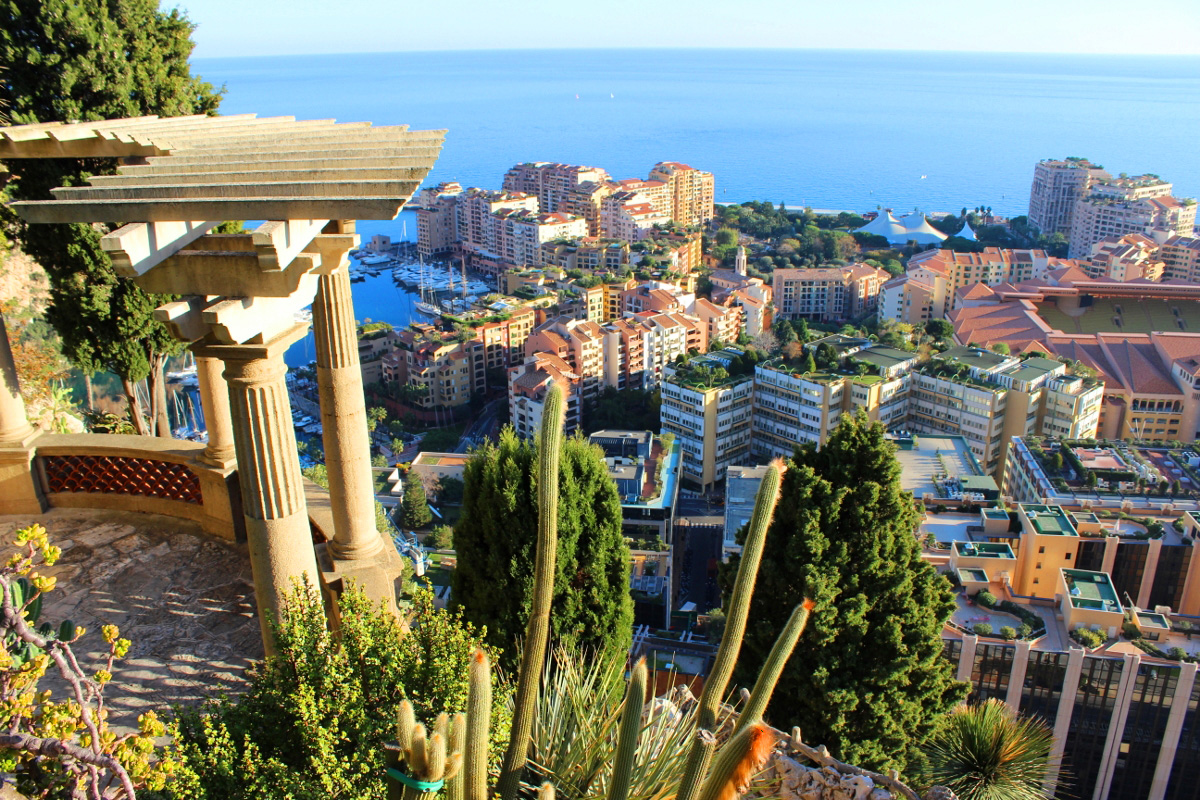