Anyone wanting a grand-slam experience of Gallic gastronomic grandeur won’t do better than the glamorous dining room at the Hotel Meurice in the heart of the city. Though it was redecorated by Philippe Starck several years ago, it’s good French bones survived intact – mosaic floor, crystal chandeliers, heavy damask curtains at the windows overlooking the Tuileries Gardens across the street – and the magnificent space is animated by old-school but friendly service that’s as precise as a minuette. Chef Yannick Alléno bagged a third Michelin star in 2007, and his brilliantly inventive cooking is based on a deep knowledge of classical Escoffier vintage culinary technique. In addition to such recent creations as crispy green ravioli with a fricassee of snails and wild garlic, a starter, and spit-roasted red-wine marinated pigeon with red cabbage and apple juice, Alléno has become a dedicated locavore by occasionally featuring rare produce from the Ile de France – cabbage from Pontoise, honey from hives on the roof of Paris’s Opéra Garnier – on his regularly evolving menu. 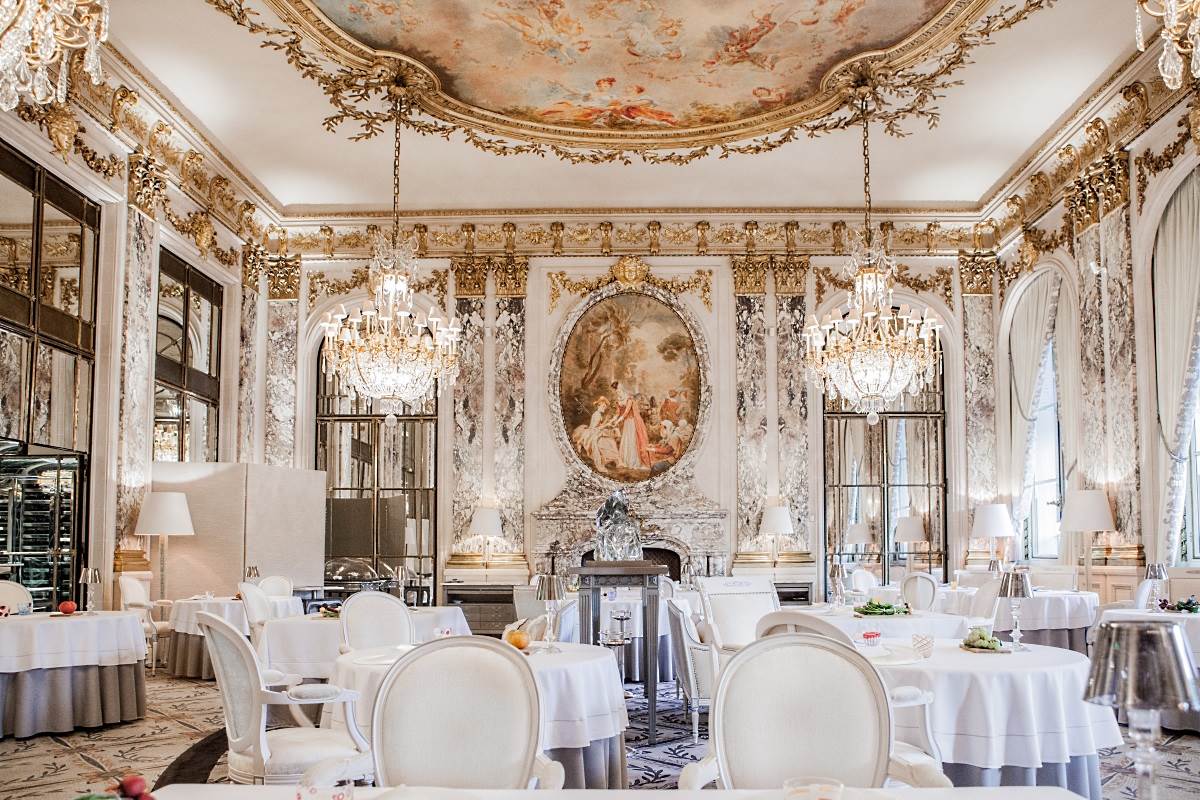 Despite the vertiginous prices of Paris haute cuisine, a meal at one of these nec plus ultra tables is an investment that just can’t disappoint, and snagging a sought-after table at chef Pascal Barbot’s three-star restaurant on a cobbled side street in the 16th arrondissement is well worth persistence. The smallest and most casual table at the top of the Parisian food chain, this high-ceilinged dining room with mirrored walls, widely spaced tables and friendly service offers a decidedly 21st-century take on French haute cuisine. Barbot, who trained with Alain Passard and once served as chef to the admiral of the French Pacific fleet, loves vegetables, fruit and fresh herbs, and his style is brilliantly witty and deeply imaginative, as seen in signature dishes such as his galette of finely sliced button mushrooms and verjus marinated foie gras dressed with hazelnut oil, or turbot with baby spinach and sea urchins, both of which are part of his regularly changing tasting menus. 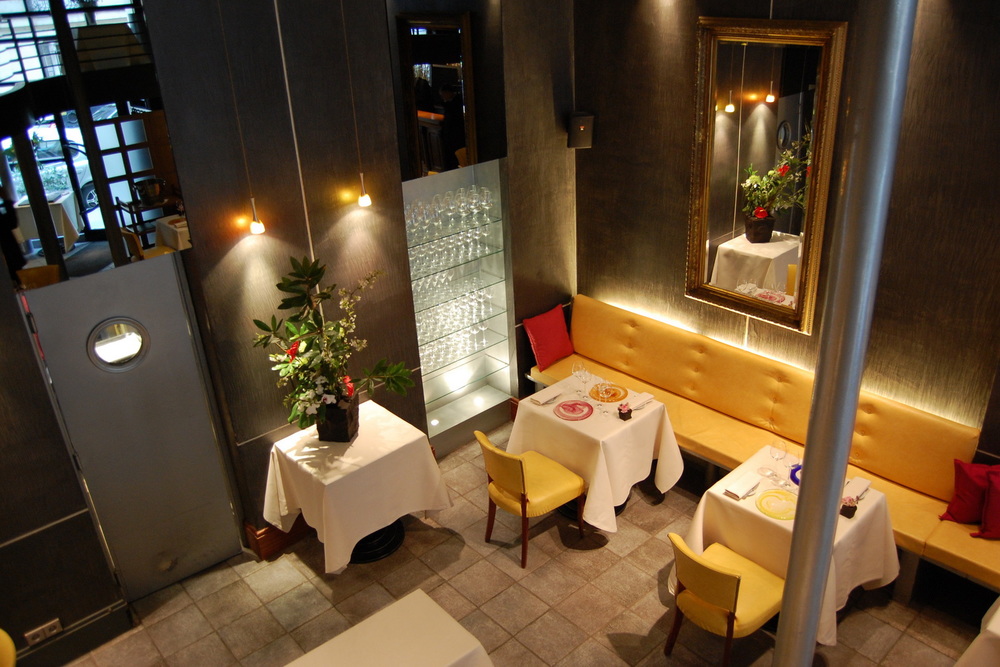 Tucked away in the heart of Saint Germain des Pres, this snug shop-front table with a white facade and interior is the best place in Paris for a fix of impeccably fresh oysters, which are delivered directly from France’s Marennes-Oléron region on the Atlantic coast. Depending upon availability, prawns, clams and sea urchins can also be added to your plateau de fruits de mer, which will be served with bread and butter. A nice selection of mostly Loire valley white wines complements the bivalve-centric menu, and a convivial atmosphere is created by the jovial oyster shuckers and many local regulars. 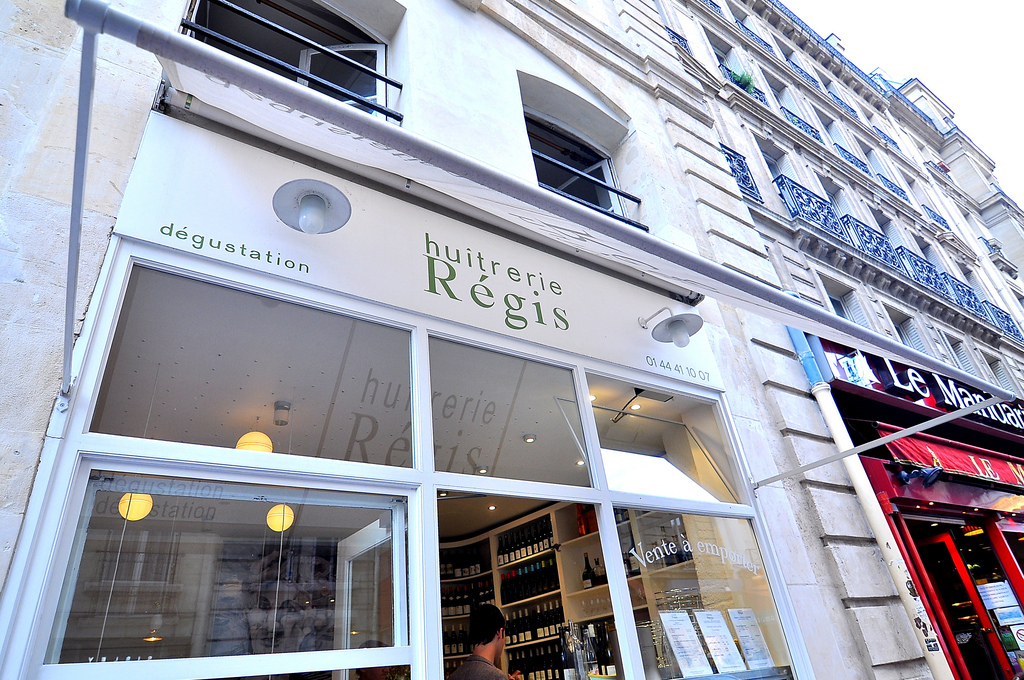 Run by Englishman Mark Williamson – whose Willi’s Wine Bar around the corner is a favourite local bolthole for Parisian oenophiles – this handsome restaurant with oxblood walls, wedding cake mouldings and parquet floors overlooks the Palais Royal in the heart of Paris. Chef Thierry Bourbonnais not only includes many vegetable dishes on his menu – making this a good choice for vegetarians – but features regularly changing tasting menus themed around a single vegetable, such as asparagus or tomatoes. Dishes like scallops marinated in sea weed oil on a bed of quinoa and wild sea bass with baby carrots and mange toute on a bed of cumin-scented bulghur show off his cosmopolitan style. Excellent wine list.