The Roman Colosseum is a testament to the architectural skills of the ancient Roman people and offers insight into the culture that celebrated the gladiator games at this huge entertainment arena. The first bloody fight ensued in A.D. 82, starting a tradition of battles between men and beasts in a public forum with crowds reaching 50,000. Outside of the Colosseum, look out for the photo opportunity beneath the Arch of Constantine, which was built in 315 to commemorate the victory of Constantine over Marcus Aurelius Valerius Maxentius. To avoid lengthy lines, order tickets online ahead of time — they’re good for 2 consecutive days and include admission to the nearby Forum and Palatine Hill.

In ancient Rome, the Forum was the center of city life, playing host to festivals, celebrations, funerals and rituals. The city grew around this grassy area that was empty marshland until the 7th century B.C. The area lost its luster and fell to waste around the 8th century and remained that way until excavations in the early 20th century. Today, you can pick up a map for a self-guided tour of the structures and arches or join a tour group for a more detailed history of the area. Then climb to the top of Palatine Hill for sweeping views of the city.

Even though it’s located in Rome, Vatican City has been an independent state since 1929 with its own flag, coins and stamps. It even has its own militia, the Swiss Guard, which protects this state, the Pope and the 800 full-time citizens and visiting residents. The first impressive site is St. Peter’s Square itself designed by Bernini in the late 17th century. As long as you’re dressed appropriately (no bare shoulders or shorts or skirts above the knee), you may enter St. Peter’s Basilica and see Michelangelo’s Pietá, a stunningly beautiful and sad sculpture. Continue up to the roof where you can take in the view of the large square and city beyond. Also contained in the Vatican’s walls, the Vatican Museums hold Italian masterpieces, including Michelangelo’s painted ceiling at the Sistine Chapel. 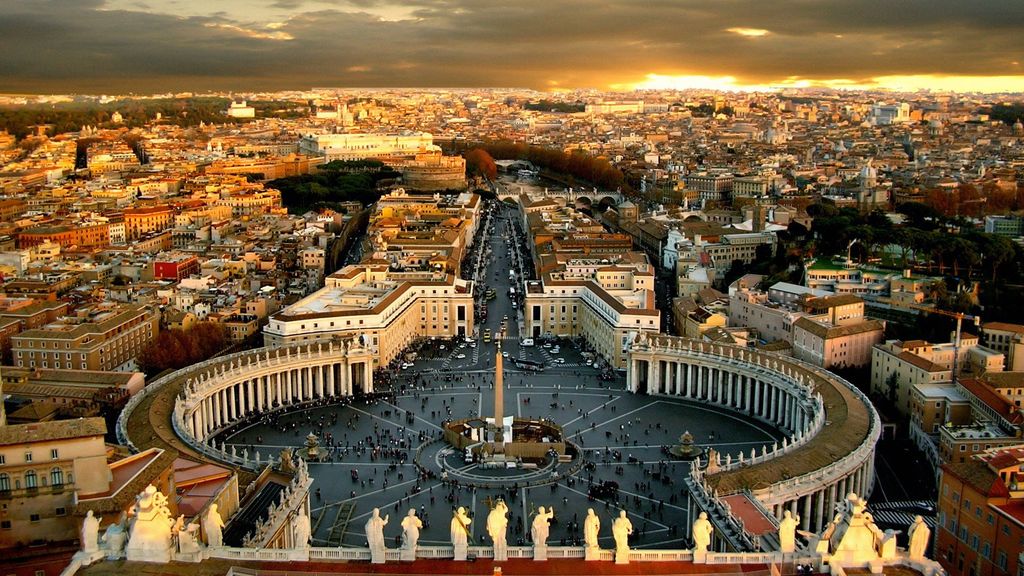 While some may find the displays of bones and skulls a bit on the morbid side, the Capuchin Crypt located under Our Lady of the Conception of the Capuchins celebrates the life of the religious order of the Capuchin friars. The friars arranged the bones of the deceased into displays and frames for Christian artwork in various spots throughout the crypt including the Crypt of the Skulls and the Crypt of the Resurrection. Not merely a macabre display, these creations tell the story of life, death and resurrection and show a unique interpretation of the church’s teachings of good, evil and eternity. 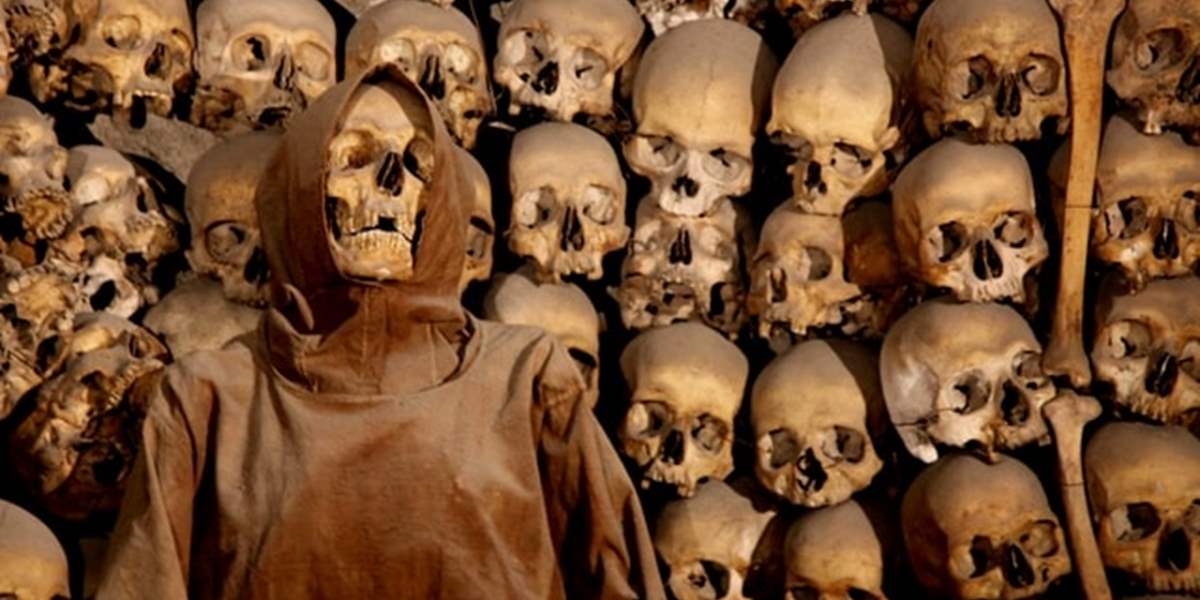 The Spanish Steps may be the longest and widest staircase in all of Europe, but that’s not what draws visitors to this popular tourist spot. A Barcaccia fountain bubbles at the foot of the steps while the Trinità dei Monti church rises above the crowds at the top of the steps. But the best spot is somewhere in between the 2: take a seat in the middle of the wide staircase and watch the city go by as beautiful people hurry into the nearby high-end shops, designer boutiques and restaurants. 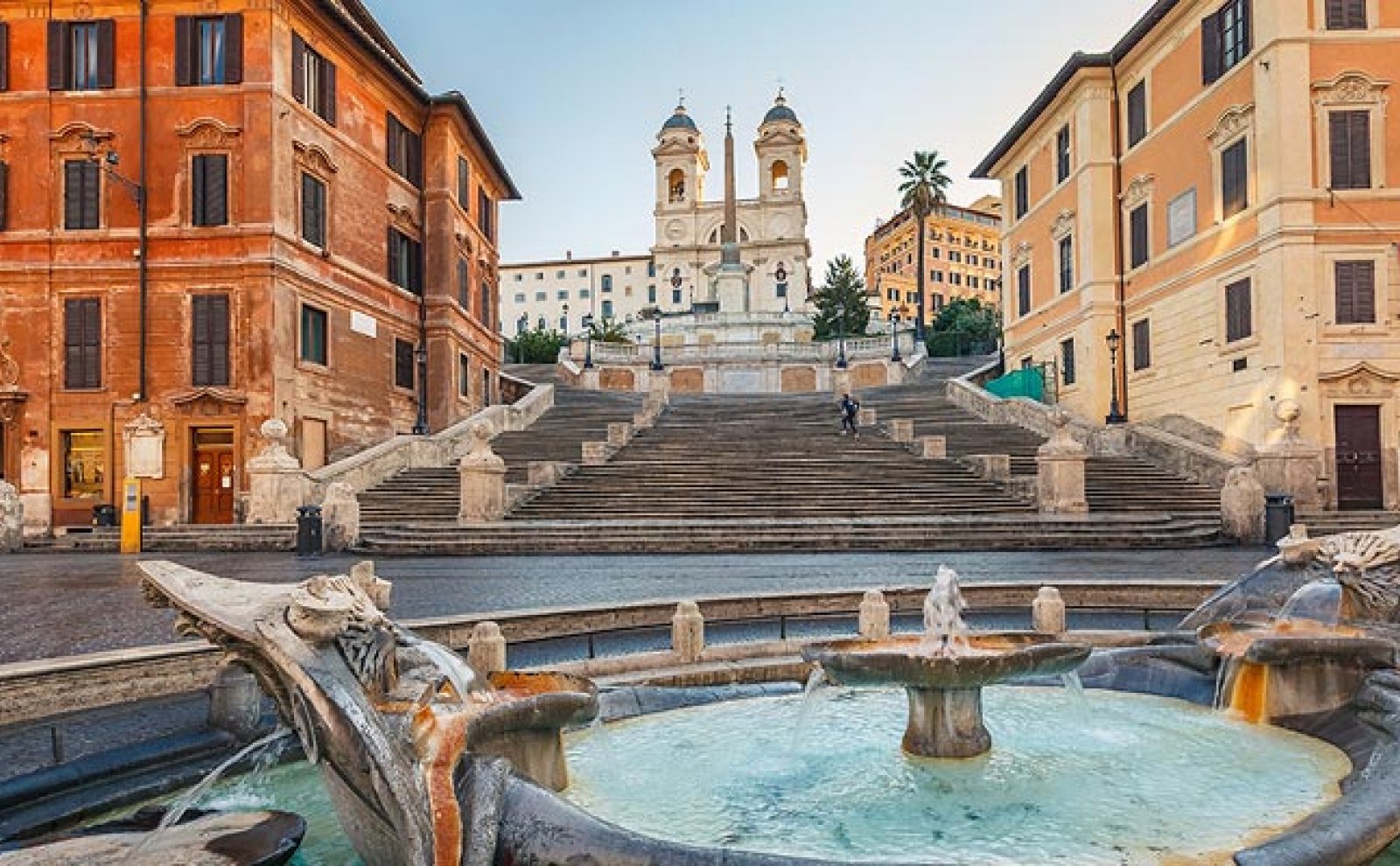