Dating from 1843, tasteful Tivoli wins fans with its dreamy whirl of amusement rides, twinkling pavilions, carnival games and open-air stage shows. Visitors can ride the renovated, century-old roller-coaster, enjoy the famous Saturday evening fireworks display or just soak up the storybook atmosphere. A good tip is to go Fridays during the summer season when the open-air Plænen stage hosts free rock concerts by Danish bands (and the occasional international superstar) from 10pm – go early if it’s a big-name act.

Indeed, Tivoli is at its most romantic after dusk, when the fairy lights are switched on, cultural activities unfold and the clock tower of the neighbouring Rådhus soars in the moonlight like the set of a classic Disney film.

Each of Tivoli’s numerous entertainment venues has a different character. Perhaps best known is the open-air pantomime theatre, built in 1874 by Vilhelm Dahlerup, the Copenhagen architect who also designed the royal theatre. Tivoli’s large concert hall features performances by international symphony orchestras and ballet troupes, as well as popular musicians. While the numerous open-air performances are free of charge, there’s usually an admission fee for the indoor performances – check the website for venue details, line-ups and prices.

Outside the main summer season, Tivoli also opens for around three weeks around Halloween and from mid-November to early January for Christmas. For up-to-date opening times, see the Tivoli website. Also note that three times a year the park closes for a week to prepare for the next season.

Escape the capitalist crunch at Freetown Christiania, a dreadlocks-heavy commune straddling the eastern side of Christianshavn. Since its establishment by squatters in 1971, the area has drawn nonconformists from across the globe, attracted by the concept of collective business, workshops and communal living. Explore beyond the settlement’s infamous ‘Pusher St’ – lined with shady hash and marijuana dealers – and you’ll stumble upon a semibucolic wonderland of whimsical DIY homes, cosy gardens and craft shops, eateries, beer gardens and music venues.

Before its development as an alternative enclave, the site was an abandoned 41-hectare military camp. When squatters took over, police tried to clear the area. They failed. The hippie revolution was at its peak and wave after wave of alternative folk continued to pour in.

Bowing to public pressure, the government allowed the community to continue as a social experiment. Self-governing, ecology-oriented and generally tolerant, Christiania residents did, in time, find it necessary to modify their ‘anything goes’ approach. A new policy was established that outlawed hard drugs and the heroin and cocaine pushers were expelled.
The main entrance into Christiania is on Prinsessegade, 200m northeast of its intersection with Bådsmandsstræde. From late June to the end of August, 60- to 90-minute guided tours (Dkr40) of Christiania run daily at 3pm (weekends only September to late June). Tours commence just inside Christiania’s main entrance on Prinsessegade. 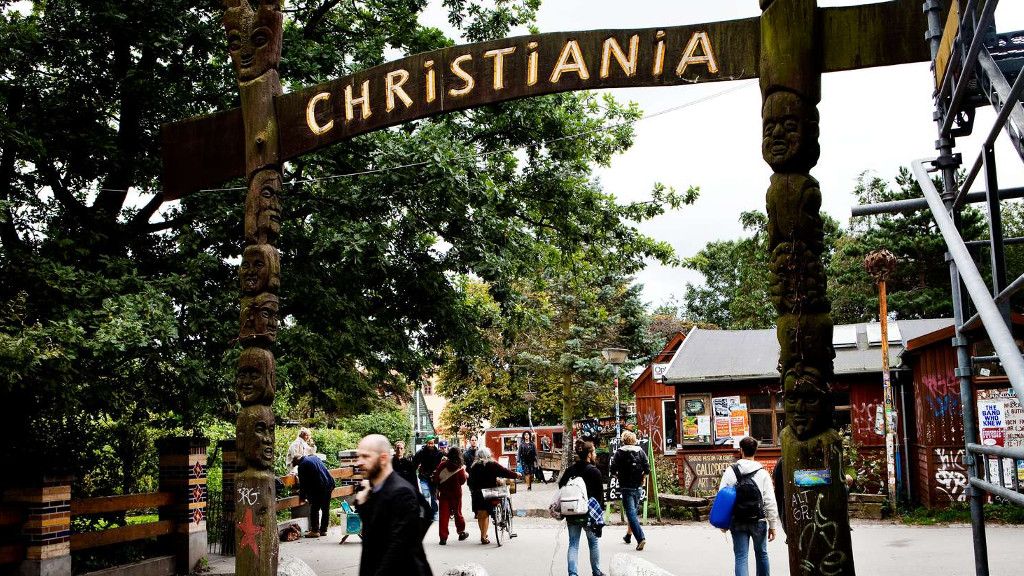 A ‘once-upon-a-time’ combo of turrets, gables and moat, the early-17th-century Rosenborg Slot was built in Dutch Renaissance style between 1606 and 1633 by King Christian IV to serve as his summer home. Today, the castle’s 24 upper rooms are chronologically arranged, housing the furnishings and portraits of each monarch from Christian IV to Frederik VII. The pièce de résistance is the basement Treasury, home to the dazzling crown jewels, among them Christian IV’s glorious crown and Christian III’s jewel-studded sword.

Feeling cramped at Rosenborg, King Frederik IV built a roomier palace in the 18th century in the town of Fredensborg, north of the city. In the years that followed, Rosenborg was used mainly for official functions and as a place in which to safeguard the monarchy’s heirlooms. In the 1830s the royal family decided to open the castle to visitors as a museum, while still using it as a treasury for royal regalia and jewels. 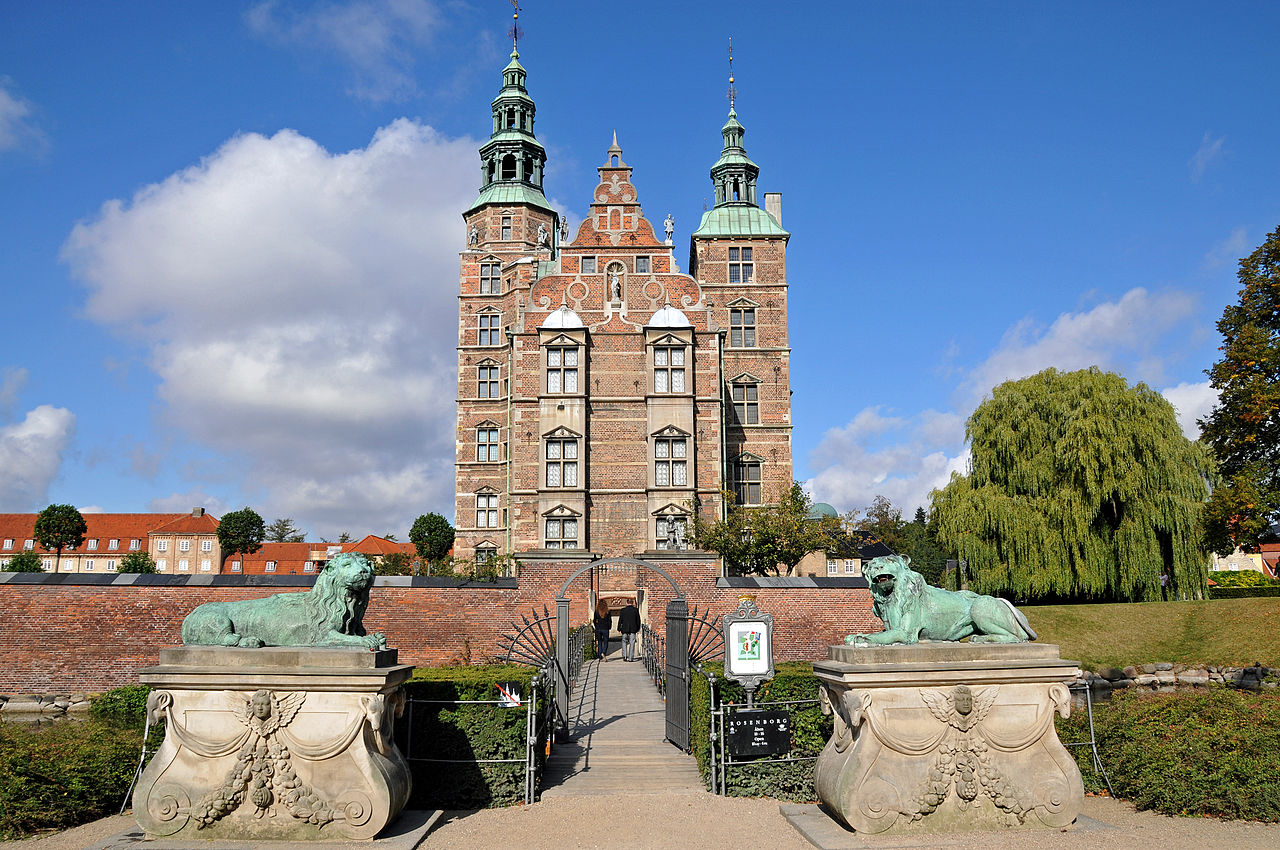 Elephants, hippos, lions, monkeys and polar bears. A visit to Copenhagen’s Zoo in the Frederiksberg area is always a wild and exciting experience.

Copenhagen Zoo houses over 3,000 animals, which together form 264 exciting species. Whatever the weather Copenhagen Zoo offers tropical experiences in the Tropical Zoo. Snakes, crocodiles, marmosets, hornbills, dwarf deer, free-flying birds and butterflies are just some of the animals you can experience in the 1,500 m2 large rainforest.

In the Children’s Zoo it is possible to pat the African dwarf goats and meet the farm animals at the Zoo stage. Here you can also experience the horses being trained, and you can pet them when they are fed at the grooming stations.

There is plenty of playful experiments and activities for kids of all ages at Copenhagen’s popular and brand new science center.

Experiments fizz and sputter and the air fills with square soap bubbles at Experimentarium, located in Hellerup only 10 minutes north of Copenhagen City Centre. Explore science and technology in the most phenomenal way possible. Experience a lifetime in the Tunnel of Senses, be tricked by light and darkness in the Labyrinth of Light and jump for the chance to be part of the movie in the Interactive Film Theatre. Two floors with 16 interactive exhibitions and a roof terrace for outdoor activities. That is what you can expect when visiting Experimentarium where you can easily spend most of a day. The architecture firm CEBRA is behind the amazing building that’s inspired by math, natural science and technology. When entering the doors of the beautiful new building in Hellerup harbour, gaze up at the iconic helix staircase in the lobby. With a 100-meters long body covered in 10 tons’ cobber, its twisted shape is inspired by DNA strings. The staircase takes you around the house, where fun activities in abundance offer both learning and laughs for everyone from toddlers to teenagers – and their adults too. The large restaurant and well-stocked shop inspired by science adds an extra layer of convenience to your visit. 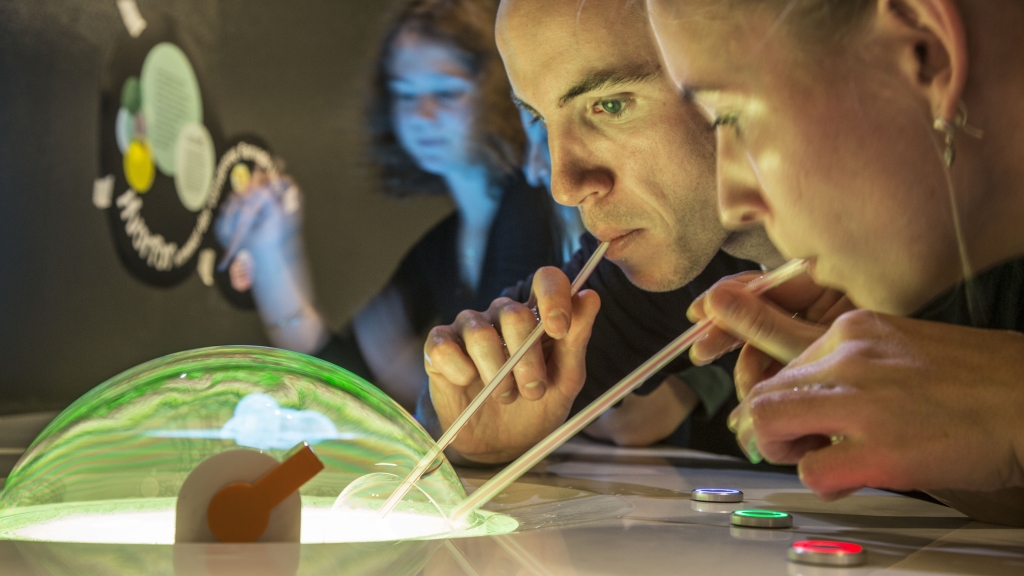 The Open Air Museum, Frilandsmuseet, is one of the oldest and biggest open air museums in the world.

The Open Air Museum north of Copenhagen is one of the largest and oldest in the world. Spread across 86 acres of land, the museum houses more than 50 farms, mills and houses from the period 1650-1940. The buildings were re-errected with gardens and surrounding landscape to give visitors an impression of the history and environments of the country life as it was. Virtually every region in Denmark and the Faeroe Islands as well as the former Danish provinces of southern Sweden and northern Germany is represented at the Open Air Museum so you can travel the length and breadth of Denmark in a single afternoon – just a stone’s throw from Copenhagen centre.