The history of Venice begins around 400 A.D. The first people to settle in the Venetian Lagoon were frightened men coming form the nearby Italian mainland. For centuries these people had enjoyed prosperous lives in a chain of splendid cities of the Roman Empire strung along the north-eastern shores of the Adriatic.

But, in the early years of the fifth century with the collapse of the Roman Empire and barbarians sweeping down from northern Europe, their communities were thrown into chaos. The populations of these towns fled before the Goths, seeking a refuge where their enemies could not follow them. And so, the history of Venice began.

As further waves of invaders swept across the mainland, more and more people sought sanctuary in the channels and shoals of the lagoon. Although, as each wave of invaders passed, so people would return to the mainland to try to resume their own lives. 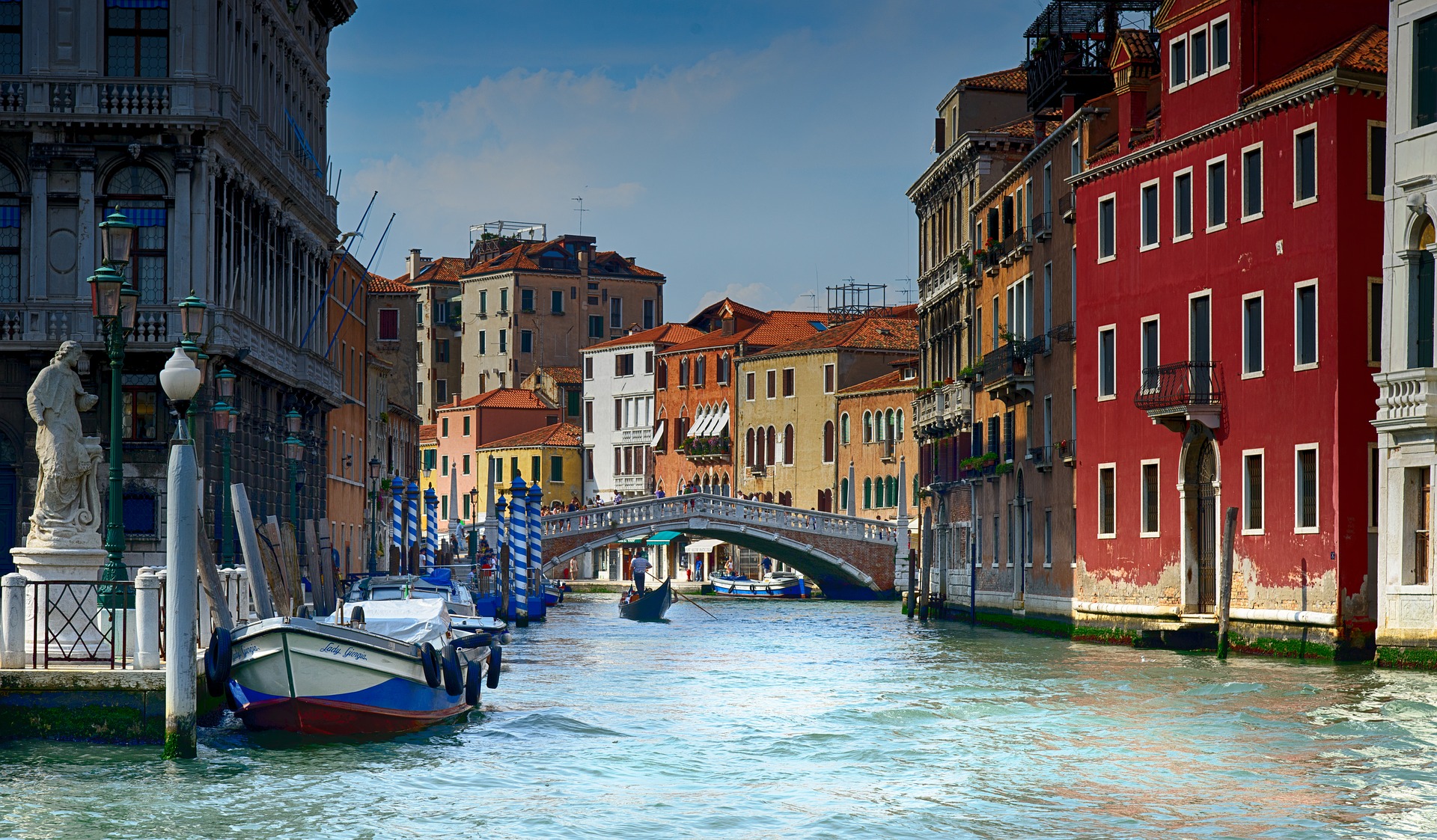